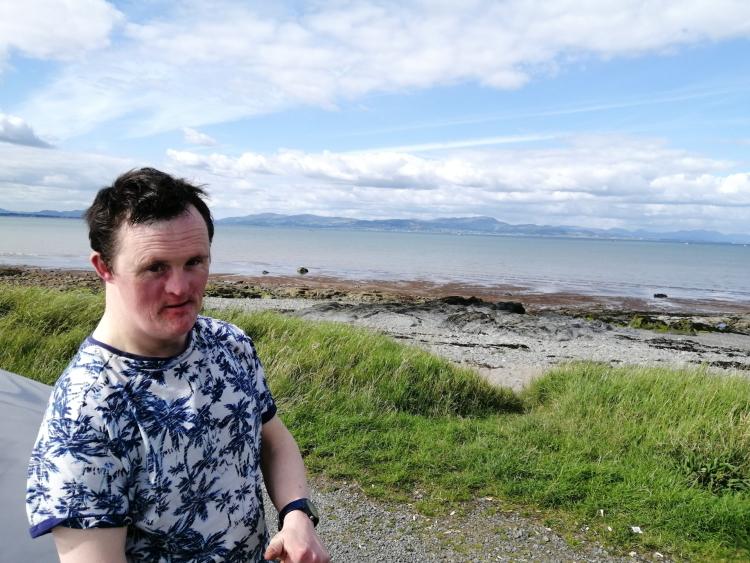 It was a very different birthday for Louth man Conor

The usual birthday celebration would see Conor Byrne indulging in a shopping trip and a celebratory meal out, but this one was very different, but still got the thumbs up!

Originally from Killanny, but now living with his sister Aisling and family, in Togher, the 37-year-old's birthday started off very excitedly last Thursday with an online art class on Zoom provided by the Louth Meath branch of Down's Syndrome Ireland in conjunction with LMETB.

Conor has developed a liking for Zoom through music quizzes organised by his sister Caoimhe, chats with his friends and now his online Art class on the Zoom app on his laptop. Conor's two-year Latch-On programme in Computers and Literacy has held him in good stead throughout the lockdown as the switch to an online life became the norm.

His new art teacher Debbie is "just the business" as Conor remarked and he's really looking forward to participating in this new art course in the weeks ahead.

As the birthday lunch came to an end at home in Togher, Conor was whisked away to the town of Dundalk to collect his much-anticipated present of a pair of Olympus binoculars.

After a quick alfresco cappuccino and the traditional '99 in town, it was out to Annagassan to do some birdwatching with the new binoculars.

"Wow, this is amazing, I can see a Heron", exclaimed Conor as he tested out the new kit.

Some Ring-billed gulls were also spotted at the harbour. A trip to the bird observatory in the Navvy bank is on the cards at some stage, but for now observing local birdlife of the bay will keep Conor fully entertained over the summer months.

There's a wealth of birdlife to be seen and enjoyed in the bay, which is a special area of conservation.

Conor can now combine his two new pastimes art and birdwatching and maybe create some drawings of his feathered friends. All in all, this year's birthday was definitely a hoot.