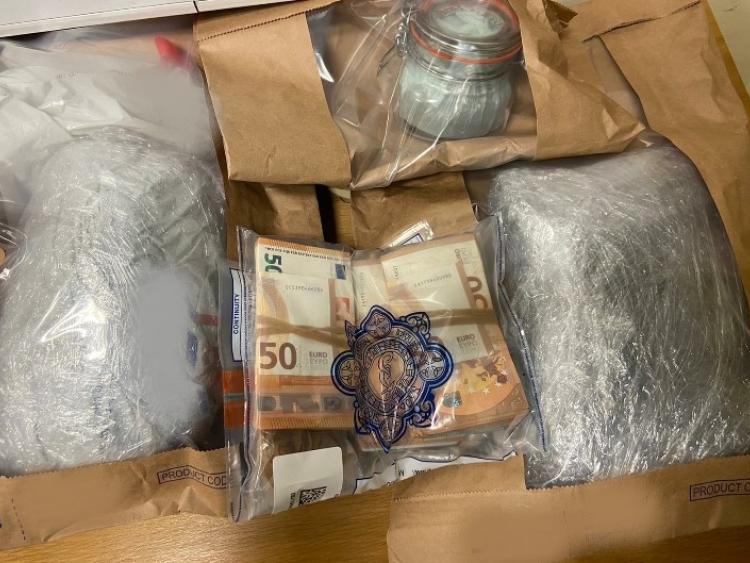 Gardaí have arrested a man having seized approximately €21,000 worth of suspected cannabis herb, and €11,000 in cash in Drogheda on Thursday.

Gardaí from the Divisional Drug Unit at Drogheda stopped a van at Knockback Downs, Drogheda at approximately 8.30pm on Thursday and conducted a search.

A follow-up search was conducted under warrant at a house in Duleek Co Meath, where Gardaí seized packaging and other items associated with the sale and supply of drugs.

A man in his late 30s was arrested and was detained at Drogheda Garda Station under the provisions of Section 4 of the Criminal Justice Act 1984.

This man has now been charged in connection with the seizure and is due to appear before a sitting of Dundalk District Court at 10.30 am this morning, Friday July 3, 2020.