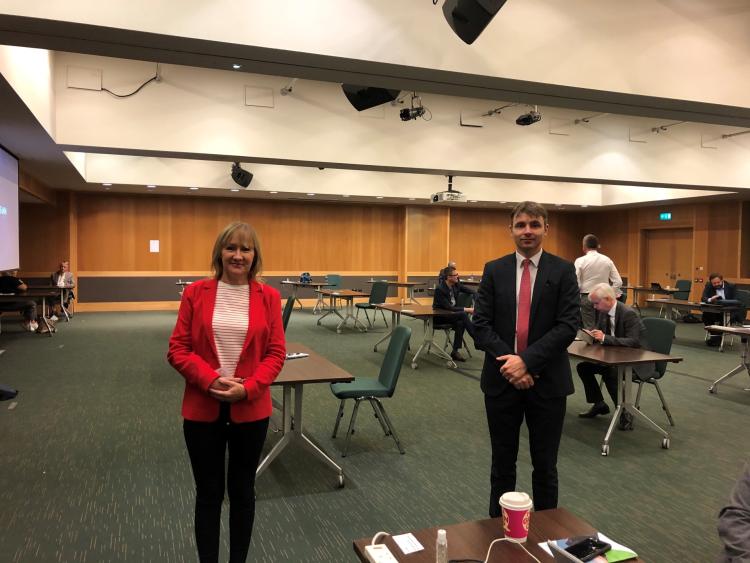 Sinn Féin will continue to lead the way to ensure that the change that Louth voters signaled in the general election in February will happen, says Dundalk TD Ruairí Ó Murchú.

The deputy was one of 37 Sinn Féin TDs who gathered at Dublin’s Convention Centre on Saturday when Fianna Fáil leader Micheál Martin was elected Taoiseach.

Mr Ó Murchú said: ‘People in Louth voted for change, in a massive way, with the election of two Sinn Féin TDs. Imelda Munster topped the poll with 17,203 votes. The party secured 42% of the vote in this constituency.

‘What has happened in the last few months is that, faced with a seismic change in politics, the old guard of Fianna Fáil and Fine Gael circled to wagons and excluded Sinn Féin, using the cover of the Green Party in order to do so.

‘I accept their right to form a government. I accept we didn’t have the numbers, this time, but they didn’t even talk to us ahead of government formation, which disrespects our voters and shows Fianna Fáil and Fine Gael’s willingness to hold onto power at any cost.

‘Between them, they have produced a programme for government that lacks ambition and big ideas and will not deliver on affordable housing, on building health service capacity, on Irish Unity or on the right to retire at 65.

‘But the voters of Louth will know that Imelda and I, along with the strong team we have in Leinster House, will hold this government to account like never before. We will continue to work for the people and families that voted for us.

‘We will always put forward alternatives to the right wing, corporate-orientated politics of this new government and we will deliver the change that people voted for and deserve’.