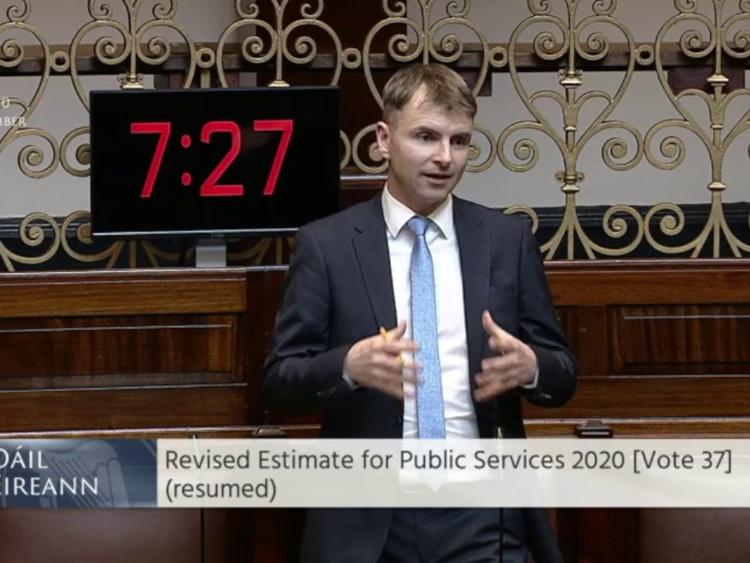 Dundalk TD Ruairí Ó Murchú raised the issue of the CFRAM plan for Louth and East Meath in Leinster House recently and sought an update from the government about the multi-million euro plans.

The Sinn Féin deputy asked Minister for Public Expenditure Paschal Donohoe about a number of projects earmarked under the CFRAM project including flooding defence works at Dundalk and Blackrock to which €40 million has been allocated.

Other CFRAM plans, such as Carlingford and Greenore, which will cost €23.41 million; Drogheda, costing €17 million and works at Ardee, Termonfeckin and Annagassan were also raised.

Mr Ó Murchú said he had met the former minister, Kevin ‘Boxer’ Moran, a number of times when the TD had visited Louth, but this was ‘some time ago’. The TD said Mr Moran had engaged positively with Louth County Council and had made a number of site visits, including to Balmer’s Bog in Dundalk, where work is about to begin.

The Louth TD said he welcomed the commitment from Minister Donohoe that there would be allowances made for changes to the plans, which were first launched in 2018 and added that the money has been ringfenced for the CFRAM scheme.

Mr Ó Murchú told Minister Donohoe that Louth County Council was waiting on authorisation from the Office of Public Works (OPW) to appoint consultants to move the projects onto their next stage and get work started.

He also welcomed the news that the OPW which is responsible for the delivery of the CFRAM project, would look at delivering necessary ‘quick wins’ in the Louth constituency.

He also raised the issue of house insurance difficulties experienced by people living in Bay Estate.

Mr Ó Murchú said: ‘I used the time I was allocated during a debate on the OPW’s role in climate action to raise with Minister Donohoe the CFRAM project in Louth.

‘I welcome the commitments he gave to me in Leinster House, particularly the commitment that the OPW would contact Louth County Council to authorise them to appoint consultants to move the works to the next phase.

‘This work, particularly in Dundalk, which would see over 1700 homes protected from flooding, needs to commence as soon as possible, particularly given the challenges of climate change’.