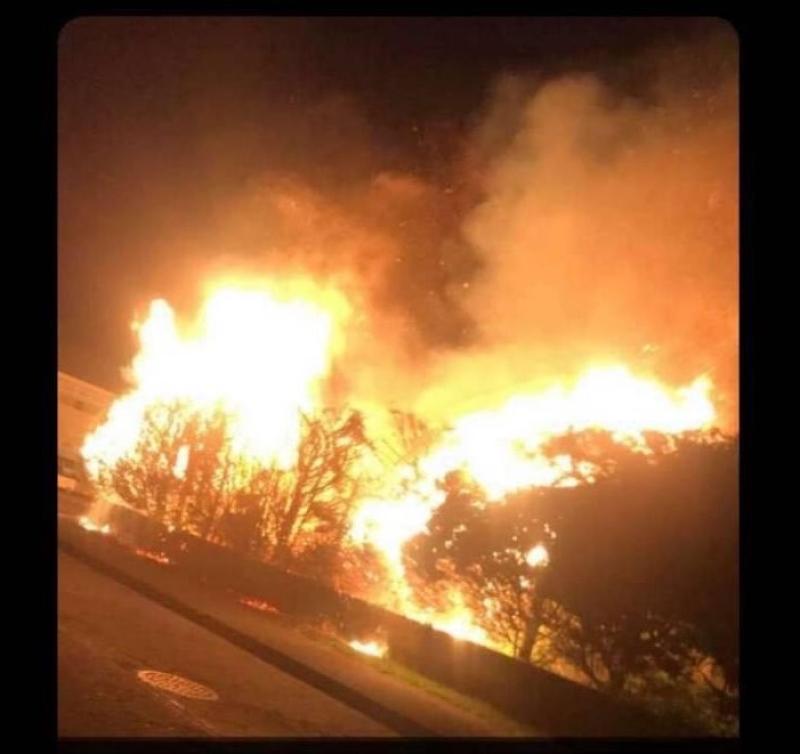 Local TD Ruairí Ó Murchú has condemned those responsible for setting trees ablaze close to a house in Bay Estate on Sunday night, causing significant damage to the exterior of the property.

The deputy, who lives in Bay Estate, said he attended the scene, at Hawthorn Crescent, shortly before midnight after the emergency services were called by a neighbour at around 11.15pm.

Mr Ó Murchú said he understood there were people in the house and there was fire damage to the property, which included melted soffit and fascia boards, and broken windows.

The TD said: ‘I want to condemn the actions of those who started this fire. They were reckless as to what would happen after they set fire to trees so close to a house.

‘There is no doubt that but for the swift response of the fire service this could have been a lot worse. It was a fire that caused damage to the exterior of the house but there were people inside.

‘We have seen the brave and tenacious efforts of the fire service in this county over the last week as they battled the fires on the Cooley Mountains, under very difficult circumstances.

‘But, as Cllr. Kevin Meenan has already pointed out, the fire service has been put under immense additional pressure responding to calls to fires like this, started maliciously, around Dundalk.

‘I reiterate his call for people involved in these incidents to immediately stop. Parents have to know where their children are and what they are doing’.

The Sinn Féin TD said he wanted people with information about the fire at Hawthorn Crescent to contact Gardaí immediately.

He said: ‘Anyone who has footage of this incident or CCTV from the area, or who knows who is responsible for this, should contact Gardaí in Dundalk at 042 9388400’.