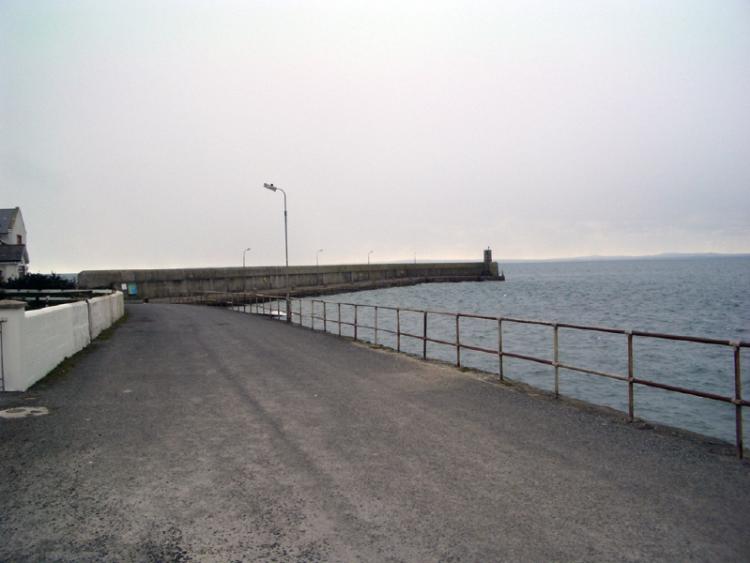 The present fine weather has reminded me of Dundalk at a time when I was young. The main source of entertainment for young people back then were the 'movies' showing, at one time, in up to eight different cinemas in Town and others in nearby towns and villages if you were lucky to have transport to get there!

It was a time even before the 'dance halls of romance' took hold to begin a social revolution in Ireland that changed everything! For some reason that is difficult to explain, that 'age of innocence' is best recalled for me by the song 'Summer Nights' which featured in the block-buster movie 'Grease', starring John Travolta and Olivia Newton John. That movie was not made for another two decades but somehow encapsulates the spirit of the time for me. I wonder do many of my readers recall that period and did it appear the same to them?

Not all the summers were fine back then but, somehow, I remember best those few that were exceptional in that period between Whit Sunday and the Fifteenth of August when everybody under the age of twenty one tried to get to the seaside to meet those of their own age!

When I started working in the early fifties I used to slip away early and think nothing of cycling all the way to the Pier at Gyles Quay to meet old friends and make new acquaintances.

Things got even better when I managed to scrape enough money to buy a small second-hand car and travel to even further places. On very good evenings we would hold barbecues in the sand dunes and make music long after the sun had set.

All that may seem very strange to the young people of today but I can truthfully state that it was, in many ways, the best time of my life and, if I could, would love to go back there but know that the past can never be recaptured!

That is not to say that it was the only time in my lifetime that I was happy but, perhaps, it may help others to understand that often, the best times are the simple ones!

One of the things that I always appreciated most about the summertime was the long bright evenings and the sun coming up early in the morning!

Going back to an even further time, one of the great joys of my childhood was going on holidays with my parents during the month of June and July. Strange as it may seem, best of all, I loved coming back home when the holiday was over! I loved finding the gooseberries and blackcurrants ripe on our garden bushes and hated the time when I had to go back to school in September.

These memories came flooding back to me very recently when I was being served in a local supermarket and I enquired of a young man operating the till if he had any children cooped up at home during the present pandemic 'lock-down'. I was somewhat surprised when he replied that he had two sons, aged 14 and 11, who could not wait to get back to school.

I thought to myself 'When I was that age, I would not have been so keen to get back to the classroom'. Then I recalled that, when I was going to primary and early secondary school, corporal punishment was the norm which was accepted by both children and parents. The problem about the teaching system in those times was that punishment was not always fair. Many teachers were not all that well trained and often took their frustrations out on their pupils!

The best teacher I had did not even use the threat of violence and I learned more from him than from most of the rest! There were others who were not so scrupulous about their vocation and must have done untold mental damage to children entrusted to their charge!

Thank goodness, all that seems to have changed and children, usually, seem to be happy enough to go to school to learn and to meet friends.