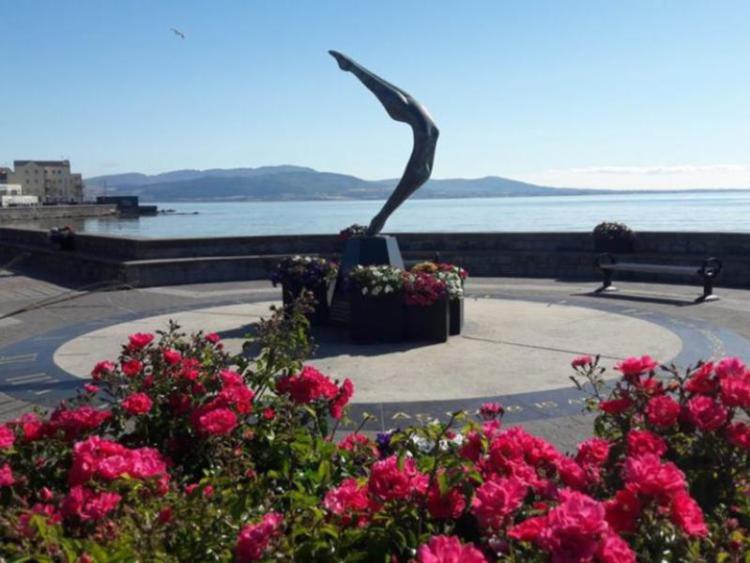 Memories of the Blackrock Bus

Now that the long bright evenings of May have come upon us and we are all being affected by the 'lock-down' brought about by the pandemic sweeping the entire world, my thoughts have frequently recently gone back to a time when Dundalk was a much quieter place. In particular I recall those days of early summer when grass began to be mowed in the gardens and one could smell the fresh clippings over a wide area on a good evening.

This smell of fresh cut grass, and working on my answer to the question about the original name of the 'Blackrock Bus' company, has conjured up thoughts about that bus service passing my own front lawn during the summer times of long ago. You see, the man who founded this service was a sort of a childhood hero of mine because he used to do most of the driving himself during the 'Wartime Emergency' and, once a week, he broke his own rules and stop his bus to pick up my father and myself to take us to the First House of the pictures in cinemas in the Centre of Town. The three of us would make our way, mostly to the Magnet Cinema in the Demesne but sometimes to Park Street Cinema or even, on a very rare occasion, to the smaller Foresters' Hall in Market Street.

This was at a time before the new Adelphi Cinema had been opened and the Dominican and St. Nicholas cinemas had started. The return home was on the last bus out of Dundalk for Blackrock, leaving Roden Place just after 9 pm.

My father and Joe Halpenny both enjoyed 'cowboy films' and the Tarzan adventure movies that starred Johnny Weissmuller and these genres of movie seemed to be the most commonly shown at the Magnet. Maybe it was for this reason that I thought that Joe looked a little like the film star Garry Cooper of 'High Noon' fame. Or was it because he used to regale us with tales of his time in Turkey during the First World Wars when he and his companions had to sleep in the open, using their saddlers as pillows?

All this nostalgia on my part was fuelled by something I came across in a book loaned to me recently by a friend about the early G.N.R. (I) Road Motor Services written by Sam Simpson. According to this excellent book the bus service run by the railway company started up in 1925, shortly after the Northern Ireland Border was established. Something I had not realised however, was that some of the early services organised by the G.N.R. were contracted out to private owners of one or two buses; and Joe Halpenny of Blackrock was one of them! It seems that the railway company would pay these contractors a small annual fee and then tell them what to charge on a particular route. This was to circumvent the prohibition of railway companies on both sides of the Border running bus services.

In relation to Joe Halpenny, Simpson's states --- 'In Dundalk the GNR entered into an agreement with Joseph Halpenny of the Violet Bus Service for a connection with the principle trains between Dundalk Junction Railway Station, effective from Saturday 18th June, 1927'.

What was even more interesting was a copy of an advertisement, which I think from the look of it, was taken from an edition of the Dundalk Democrat of the time. This states ---

Mr. Joseph Halpenny has made arrangements to convey Passengers between the Dundalk Junction Railway Station and Blackrock, in connection with the Great Northern Railway Company's trains, weekdays and Sundays.

Apparently this was known as 'feeder service' to the railway stations, to overcome any difficulties caused by the railway companies not being allowed to operate their own pick-up service to passengers alighting from trains. How long this situation lasted I do not know but the GNR were running their own buses to the railway stations by the 1930s and I can recall that you used to be able to get a bus from the Station to the Market Square, run by the GNR until the company went into liquidation in 1958 and afterwards by the green livery CIE buses with their 'Flying Sail' logo displayed on the side.

The cost of a bus ride

The interesting thing about this advertisement was that, it would seem (unless there was a misprint) that a bus ride from the Railway Station to Blackrock Main Street was free on the way out and that you would pay just fifteen pence for a return journey! That journey was a little over four miles, which is just about the distance you are allowed to travel from you homes at present. Of course, back in 1927, you probably would have had to show a railway ticket to prove that you had been a passenger on a train but still it did not cost a lot! My rough estimate is that the return fare was the equivalent of little over ten cents Euro.

On the question as to what it cost to travel on the Blackrock Bus seventy years ago, none of my friends who are still around can remember. I wonder do any of my readers know?

My own recollection, which may be faulty, was that, up to about the early 1950s, it cost just two pence for a ticket to travel from Cluan Enda to Roden Place. My own mother used to travel to the centre of town once a week to buy her shopping; she would walk the distance of about one mile to the G.P.O. in Clanbrassil Street, near which most of the principle shops in Dundalk were located in those days, and take the Violet Bus home, carrying her shopping. Small children travelled free with their parents and, I think, children up to the age of 15 were half-price. People today probably have forgotten, or maybe never knew, that children going to and from schools did not get free-travel up until about fifty years ago!

Another memory I have of bus travel of over sixty years ago was that conductors were employed to sell tickets and do other chores like heaving heavy luggage up onto the roof of the bus. Joe Halpenny, employed several conductors but the only one I can remember was called 'Larry' and I do not remember, if I ever knew, his surname?

This bus conductor came back to my memories not all that long ago when I was on a holiday on the Greek island of Crete. On as bus trip from one part of the Mediterranean island to another, an old man got on to sell tickets and, lo and behold, he was decked out with two boards of coloured tickets, of various prices, which were held by 'mouse-trap' springs to the board – just like on the old 'Blackrock Bus'. This Greek bus conductor also had one of these little silver boxes, secured by a shoulder belt, which he used to clip the tickets and ring a bell to signal the transaction had been completed!