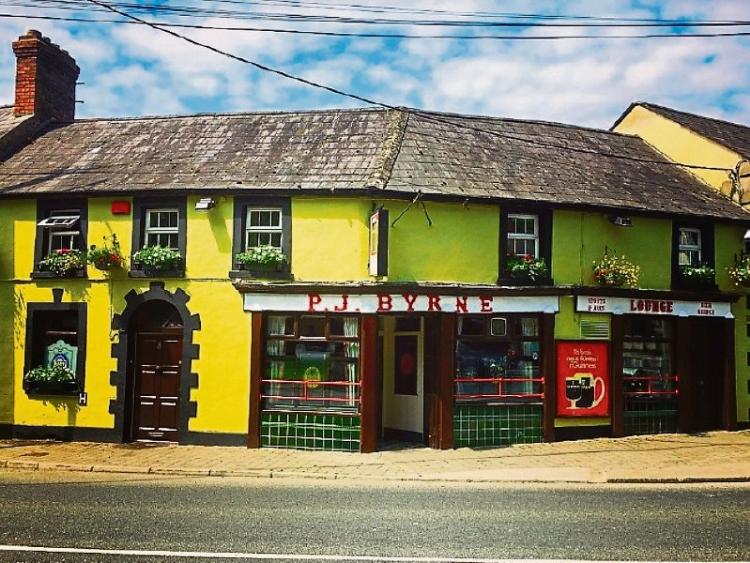 Covid-19: The Democrat caught up with owners of pubs to see how they are dealing with closure

Michael Byrne would rather be pulling pints than sampling the recent sun, but the pub-owner is happy that the correct call has been made in terms of closure orders in a bid to contain Covid-19’s spread.

Owner of the popular Byrne’s dwelling in Castlebellingham, he’s hopeful business will return to normality when the present health emergency passes.

“On a wider scale, there’s more important things than pubs at the minute,” he told The Democrat. “Realistically, you’re talking about people’s lives.

“My pub is closed, but that’s it and I’ve no problem with it. Of course, like with anyone losing their work, it’s very strange. We’re here a long time and now we’re closed, but it was the right decision.

“We miss it, the customers and the craic. There’s people who’d call in here, not necessarily from Castlebellingham, but I haven’t seen them in the guts of a month now and you don’t know when you’ll see them again; hoping everything’s well.

“I ring people and text people, but it’s never the same. I miss that.”

Asked about his establishment’s future and how much of an impact the lay-off will have on it, he’s totally unsure.

“We have nothing to compare this to. We just don’t know. People might come out again when things are sorted, or people might do the opposite.

“The weather is lovely and I’m getting a bit of a farmer’s tan, but I’d rather be behind the counter pulling pints.”

The pleasant novelty of a pub-owner getting a break isn’t lost on Louth Village’s Eamonn O’Neill, yet he admits the longer Eamo’s is closed the harder the situation will become existentially.

O’Neill, an accomplished footballer with St. Mochta’s, has praised the government for their input in helping the self-employed financially since the enforcement of Covid-19 restrictions.

Although there could be trouble ahead if rates and VAT levies are called in, as they were due prior to the closure of pubs.

“It could be taken out of your hands, if you’re even fit to open back up,” O’Neill says of the present predicament.

“It’s tricky. The first few weeks with no pub, you’d be glad of the break nearly, but if it goes on any longer you’d be saying to yourself, when the bills keep coming in, ‘what’s going to be the end of this?’ Or, ‘what support have we got to help pay the bills?’.

“We got the pub done up before Christmas and January tends to be quiet, but you’d be coming to the busy time of the year from the end of March to the beginning of April, with Paddy’s Day and Easter weekend. You’d be saying that this month or two would make up for the quiet month or two we’re after having.

“You’d be hoping that people will be glad to get out after this and you’ll get a good couple of weeks, which, realistically, you’d want if you did want to get back up and running.

“Lucky enough we’ve a good community and clientele around here - I was doing quite well - but I’d say a lot of pubs are struggling and may not open up again.”

What does a rural publican miss most about work?

“The craic,” ‘Eamo adds. “The football is the main thing, people coming in after football games and debating. I often saw myself playing a game one day, going into the pub and you’re the best thing since a sliced pan; the week after, you’ve another fella coming in asking, ‘what were ya doing the day?’.

“You miss the bit of craic and the community spirit around the place.”

Mochta’s have notions about winning the upcoming senior championship. If they do, whenever it takes place, O’Neill will make up for his kitty’s shortfall - and more!

Covid-19 has impacted significantly upon each of Seamus Keenan’s businesses, though the Blue Anchor and Anchor Tours owner is content with their closures if it helps to save lives.

Keenan’s Blue Anchor restaurant, in addition to its pub, at Bellurgan Point was “picking up big time” before the health emergency and so they held a takeaway service from the popular eatery on Easter Sunday.

It was the first time the doors were open in any shape or form to the public in almost a month, while Anchor Tours - the area’s foremost private bus company - hasn’t operated whatsoever in the same length of time.

“Life’s not about money, it’s all about survival,” Keenan told The Democrat.

“We’re a family pub that’s brought in a restaurant business in the last year, putting in a new kitchen, and we’ve a license for 300 people.

“We were really going well; it was picking up big time. We’d a lot of children making their confirmation and communion, but that has now gone by the wayside.

“As for Anchor Tours, we’ve a good custom and we’re happy enough to take the hit because we simply have to adhere to and respect the government and their guidelines.”

Questioned on the future of rural pubs, such as his, Keenan wasn’t overly optimistic.