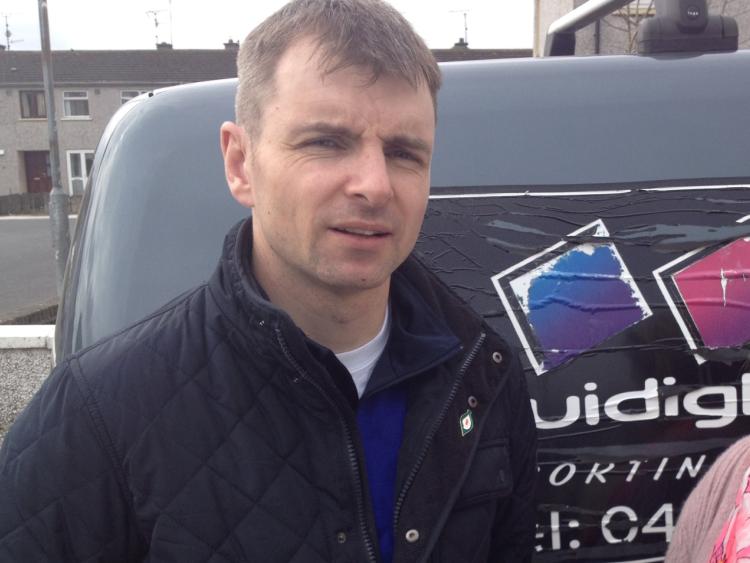 People who have worked in Louth but live in the North are among the groups who should not be denied the Pandemic Unemployment Payment and the government should stop "using the fig leaf" of EU laws to deny them their entitlements, according to a local TD.

The newly-elected Sinn Fein TD Ruairí Ó Murchú was speaking after he and other TDs from his party, including Matt Carthy and social protection spokesperson, John Brady, continued to lobby the government to change their ‘no payments’ policy for Northern workers.

Mr Ó Murchú said his office had been inundated with queries from people who work in Dundalk companies but live in the North, after the Department of Social Protection denied them the €350 payment.

And he revealed that Sinn Féin’s newly-appointed MEP, Chris MacManus, is to write to the European Commission to get clarity on the ‘excuse’ of EU regulations being cited by the department which precludes them from paying Northern workers in the same company while the benefit is given to their Southern counterparts.

He said: "It is unacceptable that hundreds of people from the North, who work in Louth, and other border counties, and who have paid their taxes and PRSI like everyone else, are not able to access the Covid-19 Pandemic Unemployment Benefit because they happen to live in the North.

"They are being told to apply for Universal Credit in the North and this is causing serious economic hardship for these workers and their families. This system is not set by Stormont – it is entirely controlled by the British government.

"I, and others in Sinn Féin, have been lobbying the government here for the last week but they have failed to address this appalling situation.

"These people they are refusing to acknowledge now are the same people this State will be relying on to kick-start the economy when this crisis is over but they are treating them in a discriminatory way.

"In addition to the strong representations we have made to the department, our MEP and government, I have also consulted with lawyers who are trying to find a route to take an action against the State, if there is no movement from the department on this issue.

"A legal action may be taken against the government in Dublin because the non-payment to many Northerners may be in breach of their rights as Irish citizens.

"Minister Heather Humphries stated to me that the government’s view was that EU laws were an obstacle to making this payment, but I believed there was plenty of room for manoeuvre.

"Initial legal advice and the view of people who worked in employment law in the EU is that the domestic government can make the decision.

"The government needs to pay these people and at least consult the European commission and ascertain the Attorney General’s view on this EU obstacle that they perceive’.

Mr Ó Murchú said that this problem needs to be sorted "along with other anamoloies with the Pandemic Unemployment Payment, which we have raised, like the over 66s working and made unemployed".