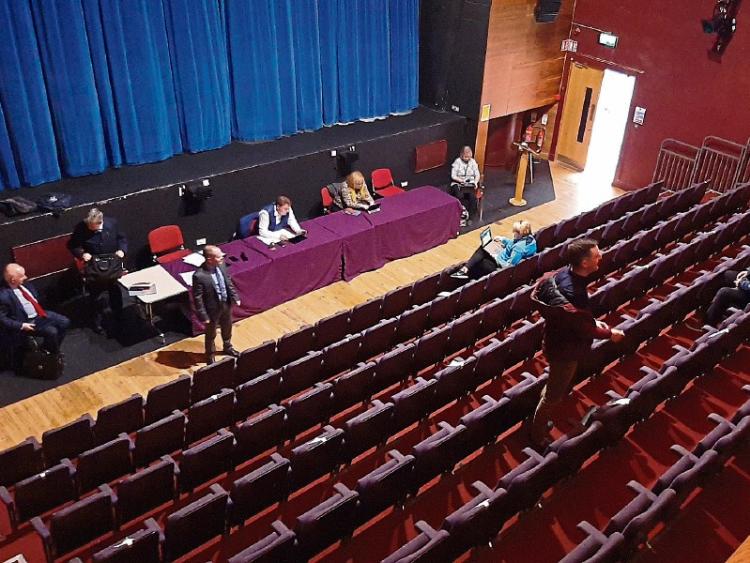 The Covid-19 crisis was the main topic of conversation at the monthly meeting, which was held in the Dundalk Town Hall to allow for adequate social distancing between all those attending.

Chief Executive Joan Martin addressed the meeting, where she told the councillors present that the key message that she wanted to get across was that throughout the ongoing crisis, Louth County Council would be following any advice given from Government and the Dept of Health.

Ms Martin also told the meeting that every public servant has received a circular from the Government to inform them that they could be redeployed elsewhere withing the public service, should the need arise during the current crisis.

A number of councillors at the meeting offered their thanks to staff at Louth County Council for their efforts during the crisis. Cllr Emma Coffey was first to thank staff, for “getting on with it, in a very professional manner”.

Cllr Joanna Byrne and Cllr Paul Bell echoed Cllr Coffey's sentiments, with Cllr Byrne adding that dialogue and communications were key at this time and that they were “really appreciated.”

Concerns were also raised at the meeting, over how the public were engaging with the social distancing guidelines laid down by the Government. Cllr Antóin Watters told the meeting that he was inundated with calls from Carlingford residents after a Sunday that saw a large number of people to flock to the village, even though everything was closed.

In response to requests from a number of councillors for the Council to do more, including closing parks and playgrounds, Ms Martin told members that she felt the Council needs to stick with national guidelines.

Government has since instructed that all public parks be closed.