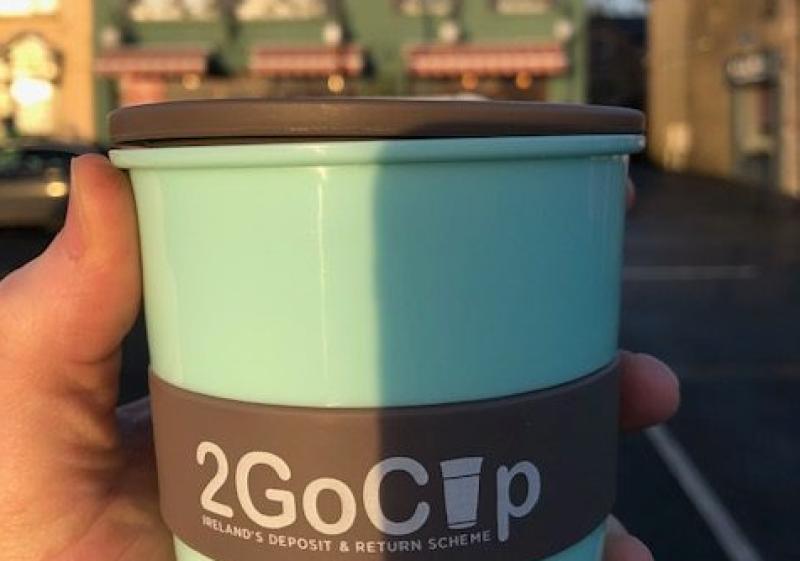 In a campaign to become more eco-friendly and to eliminate the usage and waste produced from single-use disposable cups, Rocksalt Cafe in Blackrock has introduced the 2GoCup scheme in recent weeks.

According to their website, 2GoCup is “an environmental initiative designed to prevent the production, consumption & landfill created by single-use cups while offering the same convenience and affordability to independent businesses right up to large organisations.”

In Rocksalt, the cups are a deposit and returns scheme with a €1 deposit required. The concept of the scheme is that you bring it back the next time you purchase coffee and a fresh cup is given. The old cup is washed by staff and reused like a regular cup.

Rocksalt is the first café to launch this new scheme outside of the Dublin and Galway regions with great success and enthusiasm received by the general public since the launch of the scheme in early February.

Speaking to the Democrat, owner Daniel McLoughlin said: “We originally ordered 100 cups thinking that it would be a slow burner, however, on the first day we went through 60 cups and ended up ordering 500 cups the next day.”

With a focus on health and wellbeing, the initiative proves further determination in being more environmentally sustainable in the day to day runnings.

“We’re always very conscious about trying to be more environmentally friendly within the café”, said Daniel.

The 2Go cup initiative has also been rolled out to Riva Restaurant in Dundalk, which is now under the ownership of Daniel McLoughlin himself.