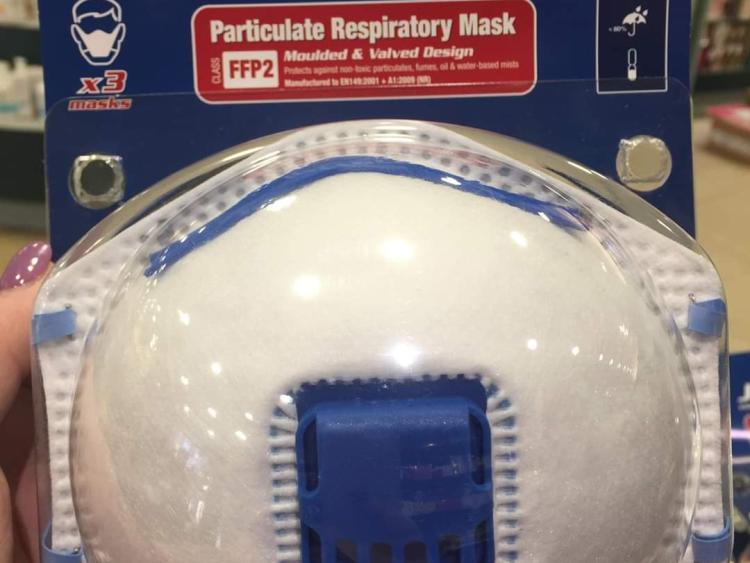 Byrne’s Late Night Chemist on Church Street in Dundalk have said that there has been a “massive demand” for respiratory masks in the wake of the spreading of Coronavirus internationally.

Speaking to the Democrat, an employee of the chemist’s said: “There has been a massive demand and more so as news stories develop.”

According to their Facebook page, the chemist is selling three and four packs of Jefferson branded FFP2 and 3 Particulate Respiratory Masks.

Just this afternoon, the IRFU confirmed that the Ireland v Italy Six Nations clash on March 7 has been postponed due to fears of the spread of Coronavirus.

There have been no confirmed cases of Coronavirus in Ireland to date, however in recent days several European countries have announced the virus had arrived, including Austria, Italy and Croatia; while the UK has confirmed that 13 nationals have tested positive for the virus, with eight already discharged from hospital.