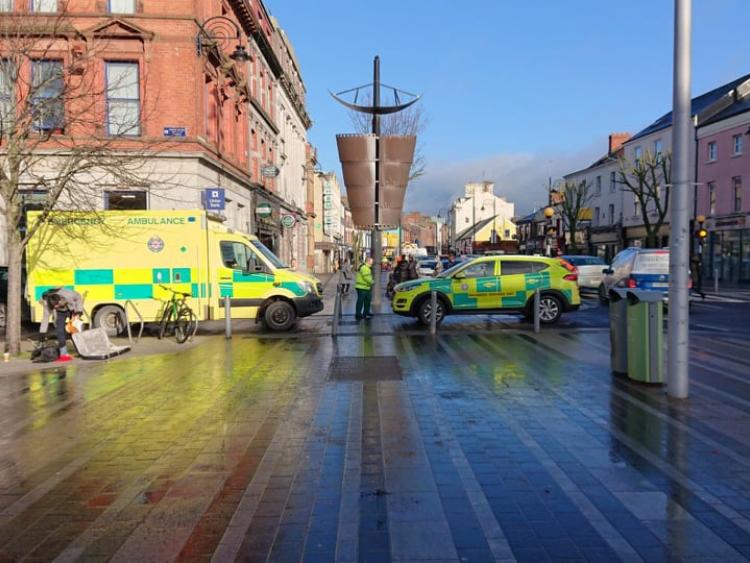 Office workers at a building across from Market Square Dundalk told the Democrat they rushed out to help an elderly woman who had fallen on the ice and hurt, and possibly broke her shoulder/arm around 10am this morning. The woman has since been taken to hospital in an ambulance. 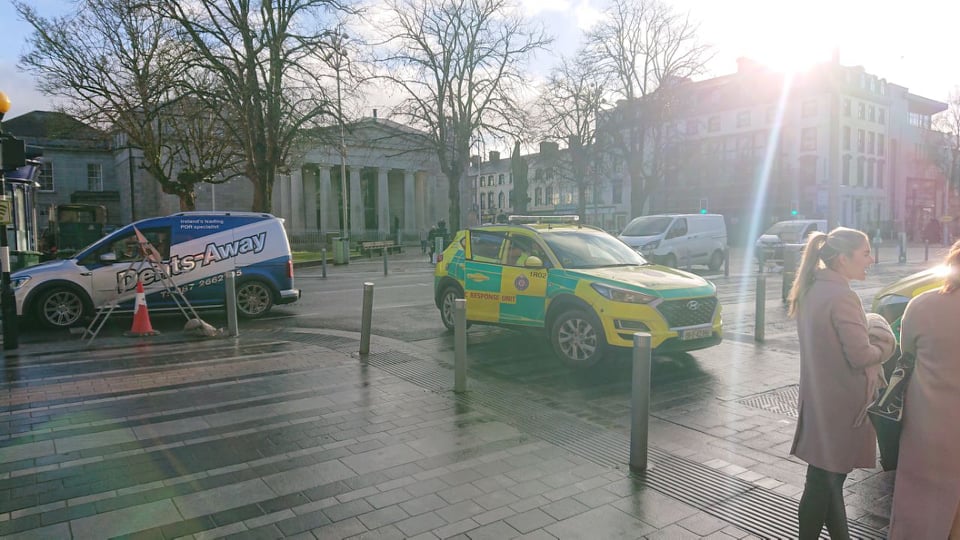 Another ambulance has been called to assist a person who had fallen outside Mr Price in Williamson's Mall carpark where there are also sheets of ungritted ice causing people to slip.

This area has not been gritted by the private landlord who owns the Williamson's Mall complex.

A business owner in a coffee shop near Market Square told the Democrat: "It's a disgrace. The council should have been out first thing, but they only put the grit down after a few people fell. There are a lot of people slipping and falling."

The letter said: "For the second time in as many months, myself and members of our team have had to pick up an elderly person following a fall on the square due to the treacherous conditions on the same. The square remained unsalted at 9.50am this morning, after an ambulance had arrived to assist the elderly woman. 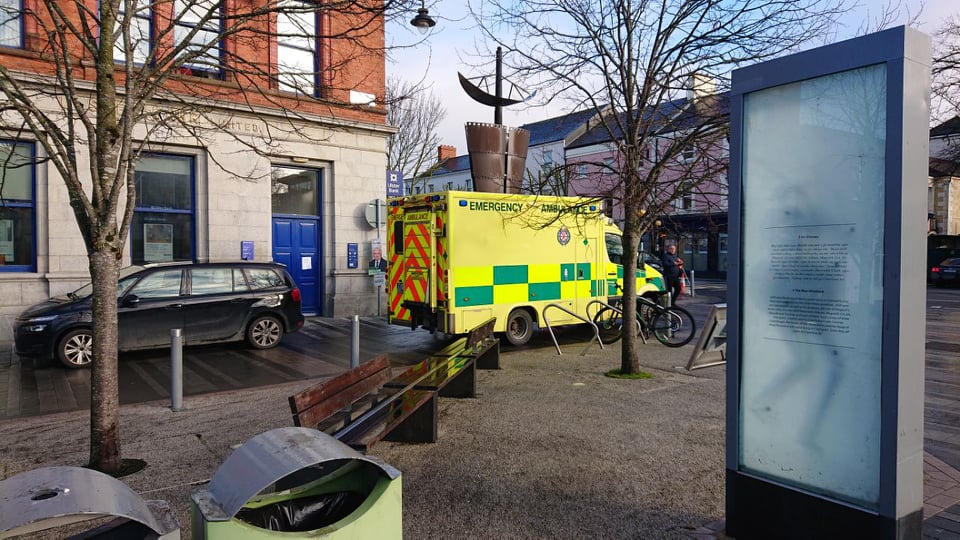 "The lady in question was called (name with editor) who is from the Grange area. The paramedics seemed to think she had broken her arm / shoulder. She had just left mass and was en route to Dublin to visit her daughter.

"They also disclosed that the ambulance service had received 7 calls in 12 minutes this morning regarding falls in the Dundalk area. The paramedic car was en route to Mr Price in Williamsons mall to assist another person who had fallen.

"This is nothing short of a disgrace.

"Our offices have a view over the square and on mornings like this we see many members of the community falling. It is ridiculous that the town council had not been prepared for weather events like this despite many weather warnings being in place.

"We have called the council on many occasions to report terrible conditions as a result. It is not beyond the councils means to have busy thoroughfares like the square salted in advance of the working day. Incidents like this, I can only assume, lead to a rise in compensation claims being levied against the council. The cost of salting the footpaths would greatly offset against this."

The Democrat has contacted Louth County Council and is awaiting a response.