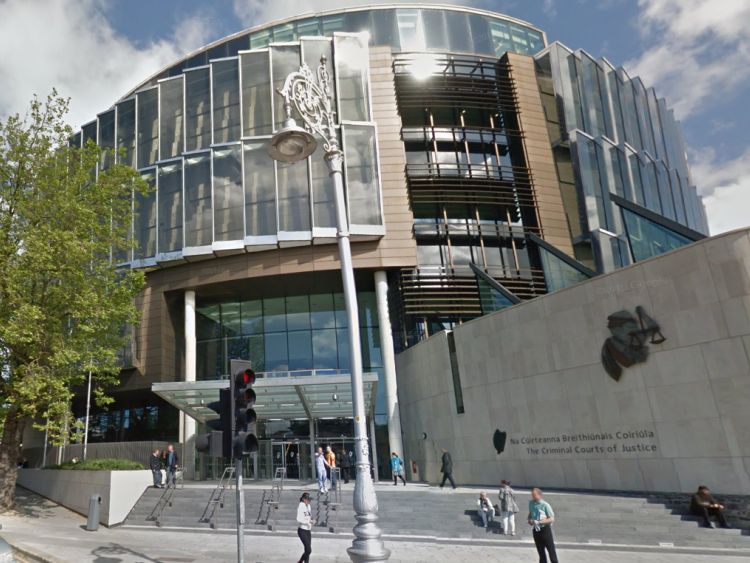 A 49-year-old Northern Irish man has appeared before the Special Criminal Court this evening charged with attacking and falsely imprisoning a man in Co Louth over two years ago.

He is also charged with robbing the man of several items, including two mobile phones and a passport, and of demanding £50,000 with menaces from the man.

Anthony Finglas, from Havelock Place, Warrenpoint, Co Down, appeared before the three-judge court this afternoon charged with a total of four non-scheduled offences.

Detective Sergeant Padraig Boyce, of the Special Detective Unit, told State solicitor Michael O’Donovan that he arrested Mr Finglas on Castle Street in Trim, Co Meath today at 11.52am, on foot of an arrest warrant issued by the Special Criminal Court yesterday.

Det Sgt Boyce said after he cautioned Mr Finglas, he answered “not guilty”.

The senior guard also told the non-jury court that this afternoon, he met Mr Finglas in the confines of the court, identified himself and handed Mr Finglas a copy of the charge sheet, read over the the charges and explained them to Mr Finglas in plain language.

Det Sgt Boyce said he then cautioned Mr Finglas in the usual manner and Mr Finglas had nothing to say.

Asked by Mr O’Donovan to identify Mr Finglas, Det Sgt Boyce pointed over to Mr Finglas across the court room where he was sitting and said he was the man wearing an Adidas t-shirt and black jacket.

The court heard that Mr Finglas is charged with falsely imprisoning Edward McAndrew without his consent at One Ferry Hill, Cornamucklagh, Omeath, Co Louth on or about December 2nd, 2017. This is contrary to Section 15 of the Non-Fatal Offences Against the Person Act, 1997.

He is also charged with assaulting Mr McAndrew and causing him harm at the same location and on the same date. This is contrary to Section 3 of the Non-Fatal Offences Against the Person Act 1997.

He is also charged with making an unwarranted demand “to wit demanded money totalling £50,000 from one Edward McAndrew with menaces”, again at the same time and location. This is contrary to Section 17 of the Criminal Justice (Public Order) Act 1994.

Presiding judge Mr Justice Tony Hunt remanded Mr Finglas to appear again next Tuesday morning for a bail hearing. The court heard an application for legal aid will also be finalised on Tuesday.