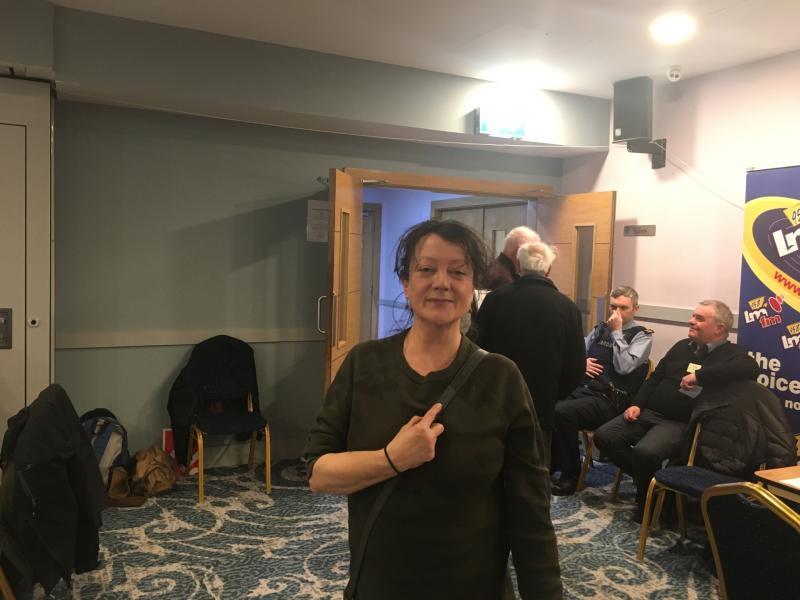 Speaking to The Democrat just moments after she was excluded after the sixth count, with an impressive 3,028 votes, People Before Profit candidate for Louth/East Meath, Audrey Fergus said:

"I'm absolutely ecstatic. We did great. As I said earlier. €1000 it cost us, we had no poster and three weeks of a campaign and we have a mainstream media that doesn't really like us. Facts are facts - they didn't give us much love.

"I think we did amazing. The goodwill of the people. It's been amazing."

Do you have any comments on the way people voted this year? The results so far have been quite dramatic so far.

"It is, yes. And there's been a bit of dissing of Sinn Féin, people raking up aul stuff about them, but listen, they're a left socialist party. They're grassroots members. They cannot be faulted. And indeed their other members as you go up the lines and that I think their intentions are good. I think they're just reflecting that people have copped on. People have been copped on that it's been greedy, it's very right-wing and what have you. And its time that they shared the wealth generally and moved forward."

Are there any other candidates you're gunning for going forward?

So overall, you said you're delighted with how you performed as a relatively unknown candidate?

"I was totally unknown. It was very last minute (to run). There were a few people we had in mind to run but couldn't at the minute due to personal reasons down in Drogheda. I came into the race last thing and I could see the finish line before I started or I might not have done it. It was a very short campaign which was brilliant."