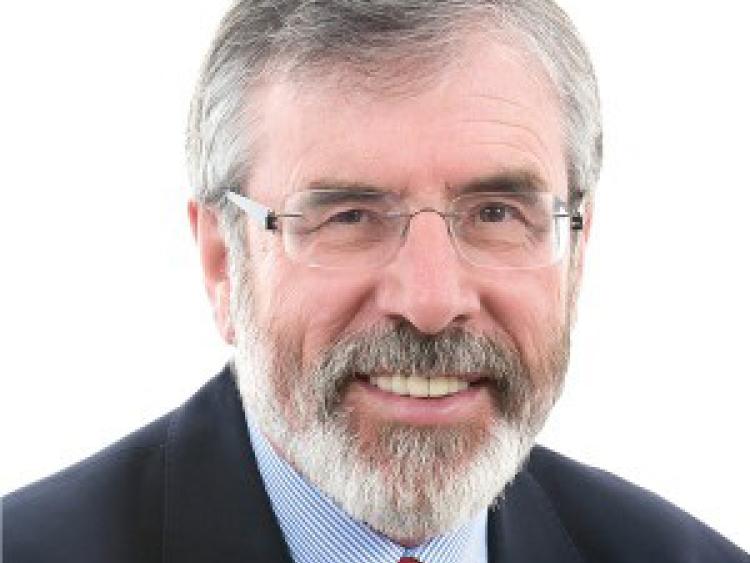 Gerry Adams: 'Our preference is to have a government without Fine Gael or Fianna Fail - they've had their day'

Retiring Sinn Fein TD for Louth, Gerry Adams, has said that he would prefer to see his party form a government without Fine Gael or Fianna Fail.

Speaking to the Democrat today, Mr Adams said: "Our preference is to have a government without Fine Gael or Fianna Fail - they've had their day.

"Maybe it won't be possible to put together such an arrangement, but we'll have a good go at it - either in government or whether in opposition we will be true to the mandate given," he said.

"Imelda was an outstanding councillor here for quite a long time. She came into Sinn Fein during the hunger strikers when she was a teenager. She's been on a long road. It was a great honour for me to be on the benches of the Dail with her. She was an outstanding spokesperson in whatever role she was given and she held the elites very much to account as well as doing all the work she did locally.

"Ruairi is himself, he's a republican. He's well-known in his own community. He's stood up against the drug gangs. He has brought forward different initiatives on Brexit and on Irish unity as well as the more localised, important work, particularly in the disadvantaged neighborhoods that we have throughout this county."

On a personal level, Deputy Adams thanked the voters for electing him ten years ago.

"I want to thank the people who elected me ten years ago in Louth and we have a mandate for change now and they will stand up for Louth in the way I tried to do and also deliver locally as well as nationally."

A desire to form a government is very much key to Mary Lou McDonald's strategy, says Mr Adams.