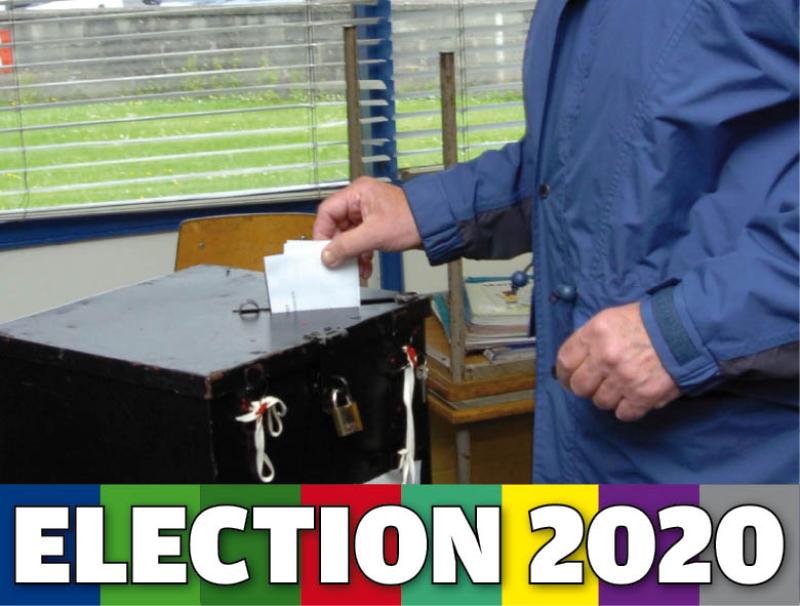 When you vote in an election in Ireland, you are asked to give your vote in order of preference. This is because Ireland uses an electoral system called proportional representation with a single transferrable vote (PR–STV, or PR for short).

The names of candidates appear in alphabetical order on the ballot paper, along with their photographs and their party emblem (if they wish).

You vote by writing 1 opposite your first choice candidate, 2 opposite your second choice, 3 opposite your third choice and so on. You can stop after 1 or you can continue to give a preferential vote to as many candidates on the ballot paper as you wish.

When you vote with more than one preference, you are instructing the Returning Officer (the person responsible for the counting of votes) that if your preferred candidate is eliminated, or elected with a surplus of votes, you want your vote to be transferred to your second choice candidate.

Voting in a PR election
At the polling station on election day, you will be given a stamped ballot paper. The Returning Officer may ask to see some identification or a polling card. You cast your vote in a private space.

The election candidates will be listed alphabetically alongside their picture, the name of their party (if they belong to a political party) and their party emblem (in some cases). You vote by placing the number of your choice next to the candidate or candidates that you have chosen.

You can vote for as many or as few of the candidates as you wish.

If you want to vote for one candidate only, you should mark the number 1 in the box next to the candidate’s name. You should not tick or mark the box with an X.

When you have voted you should fold your ballot paper so your vote is not visible and put the folded ballot paper into the ballot box.

How are votes counted in a PR election?
When polling is over, all the ballot boxes are taken to a central counting place for each constituency. The count starts at 9am on the day after polling day. Each ballot box is opened separately and the ballot papers in each box are counted. The total number is compared with the total number of ballot papers issued for that box - this is done to check that ballot papers have not been put into or taken out of the box since the poll closed.

The ballot papers are counted and sorted, and spoiled papers are rejected.

The total valid poll is the total number of votes minus the number of spoiled papers.

The count then takes place over a number of rounds. As candidates are elected or eliminated, the second, third (or lower) preference votes on that candidate’s ballot paper are counted.

Counting continues until all the seats have been filled.

The quota is calculated by dividing the total valid poll by 1 more than the number of available seats (if there is a number to carry over, it is ignored), and then adding 1.

What happens to surplus votes?
If a candidate receives more than the quota, their surplus ballot papers are transferred to the remaining candidates.

The surplus is transferred in proportion to how many second (or lower) preferences the other candidates received in the elected candidate’s vote. If the second preference candidate on any ballot is either already elected or has been eliminated, then the third preference is used, and so on.

If a candidate is elected at the first count, then all of their votes are used to calculate the proportion of surplus that will be given to each candidate.

Candidate A receives 6000 first preference votes at the first count. The quota is 5000. A is elected with a surplus of 1000 votes.

Where a candidate reaches the quota after the first count, only the ballot papers that brought them over the quota are examined (the votes that were transferred from the previous count).

If 2 or more candidates are elected at the same time, then the surplus of the candidate with the largest vote is distributed first.

Recounts
A recount can be ordered if a candidate asks for one, or if the Returning Officer decides that a recount is needed.

A candidate might ask for a recount of a particular count, or round of voting. This means that the votes that were counted in the last round only are counted again and corrected if necessary.

However, once the result is declared, a recount can only happen if it is ordered by the High Court. A candidate is declared elected when the total count is complete and the Returning Officer has declared the results.