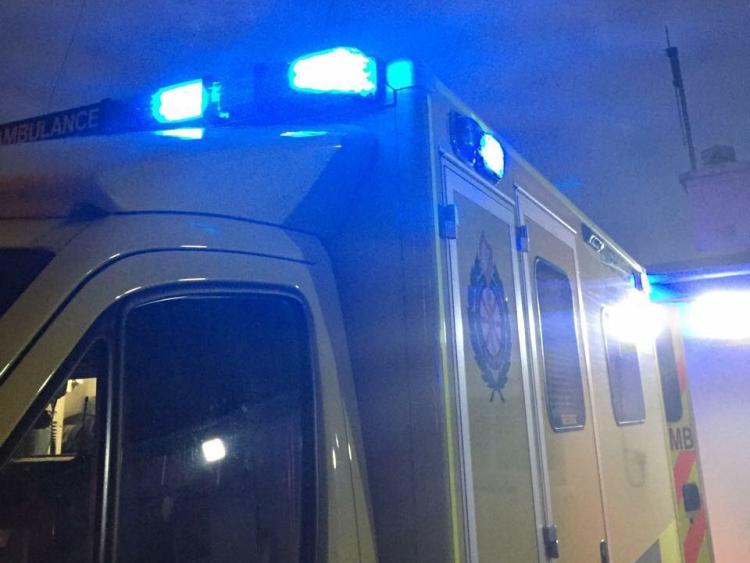 An inquest on Monday into the death of a 25-year-old Dundalk man, who bled-out after cutting his hand on glass at his home, heard the ambulance that responded to the emergency did not reach the maximum motorway speed limit of 120 kph at any point as it made its way to the scene from Drogheda.

The hearing also heard that the driver of the ambulance is not familiar with Dundalk, and was not aware that Junction 17 was the M1 exit closest to the scene of the address where Dualtagh Donnelly of Grange Drive, Muirhevnamor, suffered the catastrophic injury.

An emergency call taker, who was based in Ballyshannon, told the inquest at Dundalk courthouse that he had received the 999 call from Mr. Donnelly’s partner Lindzie Cooney shortly after 3am.

He said she was very distressed and reported that her partner had cut his hand and was bleeding heavily.

The call taker said there was a lot of shouting, a lot of screaming and a lot of swearing at the scene in Marian Park, Dundalk and outlined how the ambulance dispatcher would be reading real-time information he was inputting on the computer dispatch system.

When Ms. Cooney’s solicitor James MacGuill asked if an ambulance was on the way when he told his client at 3.08am “Listen to me. Help is on the way”, the witness replied that he didn’t know.

At 3.25 when the witness told Ms. Cooney “it’s not too far away” the National Ambulance Service records the ambulance was on the Dunleer bypass. He confirmed it was a deteriorating situation, and said the seriousness of the situation was not lost on him.

Mr. MacGuill highlighted how it took 12 minutes from leaving the M1 to get to the scene, when he estimated it should have taken approximately two minutes if it had left the motorway at Junction 17.

The witness said he was focusing on the bleeding and he told the caller to place a clean dry cloth on the wound and to apply pressure – an instruction which he claimed he repeatedly gave throughout the call.

An advanced paramedic, who was first on the scene in a rapid response vehicle, said gardai had arrived just ahead of him and there was no delay in him entering the address.

The ambulance arrived just under 40 minutes after the 999 call was made. It drove at a maximum speed of 55 kph in the first three minutes, it reached 100kph on the Dunleer bypass and at no stage did it go beyond 111 kph. The paramedic who drove the ambulance to the scene confirmed he did not activate the blue lights or siren and gave evidence that he wouldn’t be familiar with Marian Park, or Dundalk and he couldn’t see GPS. The inquest heard the ambulance crew did not receive the call which was made to update them about the deteriorating condition of the patient who subsequently died at the scene.

The cause of death was Haemorrhagic shock due to profuse bleeding from a wound to the right forearm.

Luan O Braonain, Senior Counsel for the NSA, argued the verdict relates to the cause of death, which seems to have been as a result of Mr. Donnelly striking the glass and he added that since 2015 ambulances now have GPS.

He submitted that if you strike a window by accident a verdict of accidental death would apply, but if you strike it intentionally it is misadventure.

The Coroner returned an open verdict.