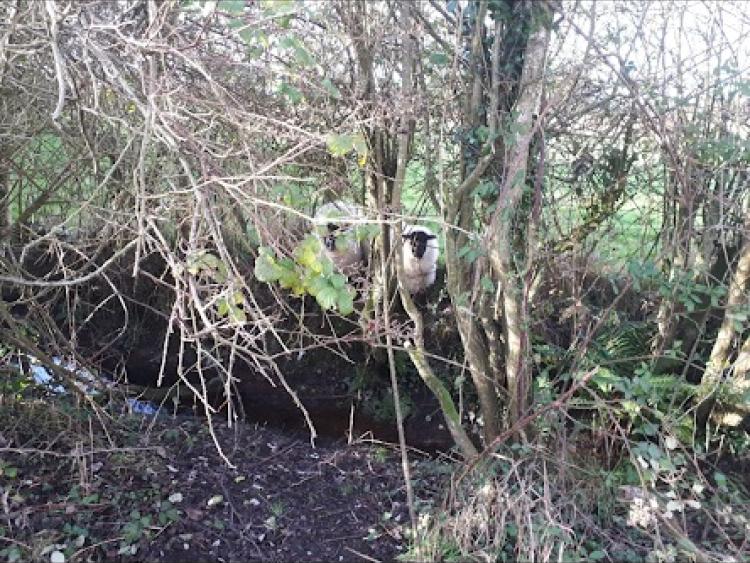 A local farmer has once again called on Louth dog owners to control their pets after a flock of his sheep were attacked by a rogue dog this afternoon in Bellurgan.

"One of my sheep is missing and two of the other sheep (pictured above hiding from the dog) are traumatized. Dog control in rural areas is a serious issue.

"I lost 13 sheep after a dog attack in November. And a farmer in Togher had a dog attacking his flock (of 40-50 sheep) over Christmas.

"The message still isn't getting across."

In the IFA's Submission to the Department of Rural and Community Development on the Review of Measures relating to the Control of Dogs in Ireland the IFA outlined:

"The IFA is proposing that there should be one single central Government database for microchipping and recording all
dogs, similar to the AIMs system in the DAFM for bovines.

"This would cover initial registration, microchipping, movement, and sales. In addition, there needs to be a direct link between the dog-license and microchipping, with control on the single database in one Government Department.

"This approach, with strong implementation, would increase dog-licenses and the level of microchipping, which in turn would provide much needed additional funding for a more effective dog warden service.

"IFA is of the view that both microchipping and licence should be directly linked to the owners PPS number and Eircode on
the database. A disc should be issued to dog owners in receipt of payment of the licence.

"This disc should be attached to the collar of the dogs and displayed to show its licence. IFA is proposing that as part of the campaign to encourage and incentivize microchipping and licencing, consideration should be given to the concept of an insurance/compensation fund which would cover dog owners in the event of their dog inflicting damage on people and/or
livestock."