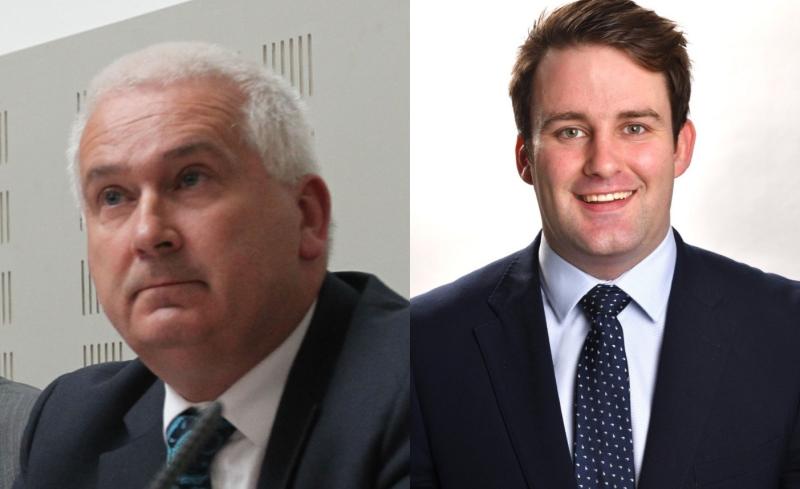 Louth Fianna Fáil TD Declan Breathnach, has refuted a claim made today by Fine Gael general election candidate, Cllr John McGahon, that "Fianna Fáil are willing to risk a no deal Brexit" and that MEP Billy Kelleher will oppose the Brexit Withdrawal Agreement.

Cllr McGahon said in a statement this morning that: “it has emerged today that Fianna Fáil MEP, Billy Kelleher, stated in a letter that he will vote against the Withdrawal Agreement when it reaches the European Parliament in the coming weeks.

“With just 16 days until the UK leaves the EU, Billy Kelleher has stated that he will vote against the Brexit agreement and, thus, in favour of a no-deal crashout that could see a border on the island of Ireland.

“What does Micheál Martin have to say about this position? It seems that it is the same old reckless Fianna Fáil who simply can’t be trusted to lead this country."

“After the election Fianna Fáil could theoretically be representing Ireland in the next stage of the Brexit negotiations when focus turns to the future relationship – how can we trust them when we see this type of reckless statement from a senior member of the party?

“Led by Leo Varadkar, Simon Coveney and Helen McEntee, Fine Gael has ensured that there will be no hard border on the island of Ireland and that citizen’s rights are protected.

“However, the next half will be as challenging as the first.We must now negotiate a free trade agreement between the EU and UK and we must ensure that that agreement protects our jobs – particularly in SMEs and the agri-food sector – our economy and our rural and fishing communities.

“Crucial decisions on the Future Relationship with the UK will be made in the coming months. We need consistency and order. What Billy Kelleher is proposing will only create disorder."

“Is seems quite clear that this disorderly Fianna Fáil are in favour of a disorderly Brexit,” Cllr. McGahon concluded

"Billy Kelleher will be voting in favour of this bill" and that "Fianna Fáil collectively with the Dáil have ensured stability over the past four years and have been instrumental through their support in securing a Brexit deal."

The Fianna Fáil TD added that:

"I have been very vocal in the Dáil and through my involvement with the British Irish Parliamentary Assembly, and the Joint Oireachtas Committee on the Implementation of the Good Friday Agreement on Brexit and securing the best possible deal particularly for the communities in the border region who will suffer most.

"We will now be entering the second phase of negotiations and Fianna Fáil will continue to strive for the best outcome possible for our economy."