OBITUARY: Pete’s generous nature and his wit enriched lives of many he met 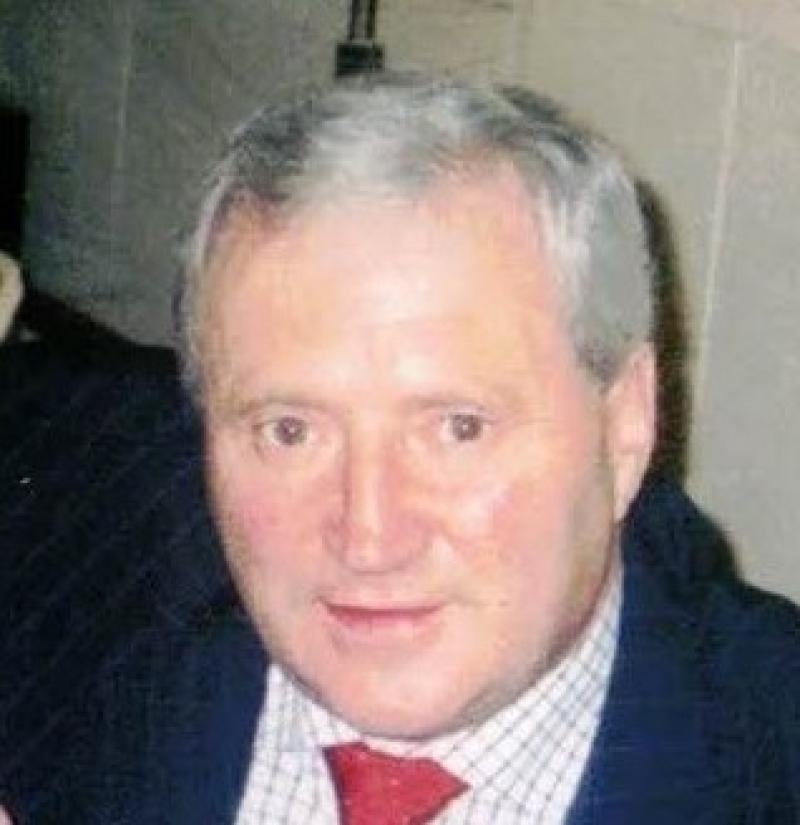 The late Pete Mulligan was as popular as he was widely known and respected as one of the great characters of rugby throughout Leinster and beyond as a player with and former President of his home club of Dundalk and later as a referee with his jovial, generous, hospitable and gregarious nature and wit enriching many lives.

But first and foremost Peter Mulligan or Pete as he was affectionately known was a family man who took very seriously and cared deeply for his wife and family and played a big part in the life of his grandchildren extending more recently to his great grandson, as well as being a true and helpful friend and neighbour in the wider sense of a life that brought him all over the world.

This largely resulted as he established a successful business as he went about in the only way he knew working extremely hard to forge a livelihood and provide for his family in the wake of the closure of the local S&S Engineering plant in 1985 in the midst of as tough a recession as the one just passed. The Ardee Road plant employed 600 workers at the height of its production.

Peter, a fitter engineer by trade, set out on his own to primarily service and sell the large corrugated paper machines that were formerly built in the local plant.

He still stayed true to his roots, continuing to live and contribute handsomely to the community in which he was born and reared, setting up his own home next door when he married to where he grew up at New Road, Bellurgan.

He was one of a large family with his parents Vincent and Brigid losing two of their children in infancy. Tragedy also befell Pete and wife Ursula (nee McKenna) when their twin daughter Siobhan at the age of 23 was fatally injured in a road accident beside their home.

Pete reacted in a typical, caring and positive fashion in being part of a voluntary local spontaneous response to make the road safer on the stretch known as the Bellurgan strait by succeeding in building a much needed footpath.

His school years were spent with the Christian Brothers in Dundalk and Bush College, and he went on to work in S & S.

He very much played a part in his community through sport in his younger years.
He played soccer and gaelic football with Bellurgan and Saint Patrick’s GFC, but it was rugby that he started playing at 18 that became his big and lifelong passion.

He graduated to play with the Dundalk first team, adapting to the role of wing forward from being a hooker. His greatest honour was to assume Presidency of the club, a role that he filled for three years from 2001 to 2004.

His family very much embraced his love of the game and the Dundalk club where he would turn his hand to jobs that needed doing, whether cutting pitches or painting in the clubhouse.

Glowing testament to the impact that he made on the rugby fraternity at a local and wider level was the enormous turnout at his obsequies and the heart-warming tributes paid to him and the Guard of Honour accorded to him by Dundalk Rugby club.

This was of great comfort to his family, who were touched by the also large number of former work colleagues who turned out and had many stories of Pete’s generosity and humanity that he never divulged. The turnout for his funeral was one of the biggest witnessed in the local parish.

The other big part of his rugby involvement was as a referee at which he showed he was a man before his time adopting a dialogue with players that was not part of refereeing in those days.

The regard that Pete earned and the friendships that he made in this phase of his rugby career strikingly rang true in a tribute paid by the Boyne club, describing “Pete” as outstanding in the field of hospitality and as a character. “We simply loved the man.”

The writer elaborated: “Apart from his playing days Pete became better known to us as a referee and we revelled in his social company following our games. The revelry after games and the social aspect of the game was probably looked forward to more than the game itself.

The tribute concluded: “May the rugby hereafter rejoice and welcome a very special aficionado and continue to be enriched, as we were on this earth, with his presence.”

His home club of Dundalk spoke of the deep sadness and loss of a dearest friend, and of his humanity, warmth and hospitality, good humour, modesty, kindness and sincerity.

The club also commented that his professionalism in each role in which he represented the club was much admired.
Pete experienced declining health in his final years which he was happy to spend with his family.
He and wife Ursula celebrated 51 years married in October.

He passed away peacefully at his residence surrounded by his family on December 1 last. His passing leaves a gaping void in their lives, but with so many happy memories and prayers and thoughts of such a wide circle of friends to help sustain them.

He reposed at his home on the Sunday and Monday before being taken to Saint Mary’s church, Ravensdale on Tuesday.
Father Stephen Duffy PP celebrated Requiem Mass assisted by Father Padraig Murphy. Father Duffy delivered the eulogy. His daughters Clodagh, Lorraine and Rachel laid symbols of his life before the altar.

His grandchildren, Danielle and Shane gave the readings, while the Prayers of the Faithful were led by grandchildren, Ben, Alex, Orlaith and Ellie.
The Offertory gifts were presented by sons, Peter and Jamie.

Jamie shared a reflection on his father with the overflowing congregation that drew a resounding round of applause.
The music and singing provided by Lisa McGuinness and Liz McConnon enhanced greatly the ceremony.
Pete was laid to rest in Calvary cemetery.
Peter's Months Mind was celebrated at Mass on Sunday, December 29 in Saint Mary’s Church, Ravensdale.