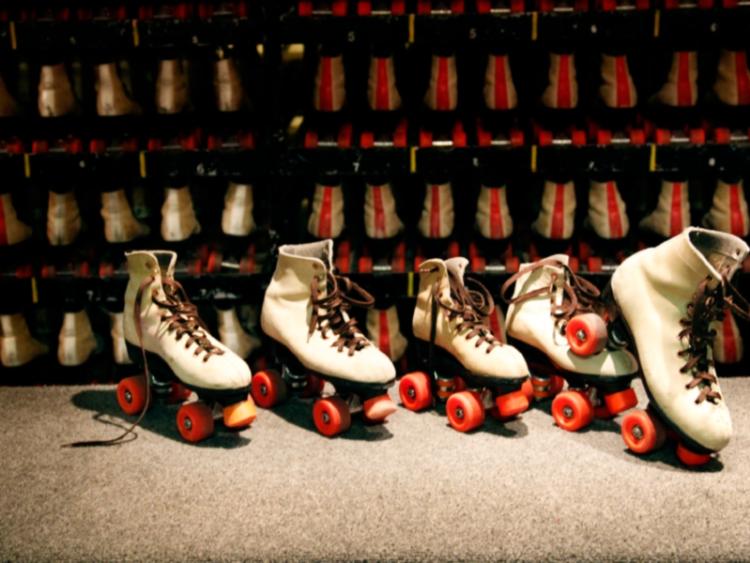 Dundalk and the Roller Skating craze

Sitting in a local shopping centre last week I was struck by the number of harassed looking parents who seemed to be trying to keep their offspring amused and content over demands for 'pressies' in the run up to Christmas. Sibling rivalries were also much in evidence and I could not help wondering how young parents manage these days as the advertising build-up to the great festivals of the year seems to get longer each year and the demands from children get more expensive.

When I was a child we used to be told to write a letter to Santa Claus in which we expressed our greatest wish for that special gift which we hoped would arrive on Christmas morning. I suppose this must have been used as a guide to the thing that was our heart's greatest desire and parents tried their best to satisfy that wish from their limited budgets. I had one spinster aunt that was slightly more affluent than the rest of my relatives but she had the dreadful habit, for me anyway, of insisting that her nephews and nieces write to her to say what they wanted specially for their birthday or as a Christmas present. That aunt must have been very generous but I hated writing those letters as my mother would always say 'you can't ask for that! It would cost too much' and I had to modify my requests. Other aunts and uncles just gave money which, to me anyway, was a much better gift!

Many of my readers must have had similar experiences at Christmas time but I have to wonder if the children of today are expected to write similar letters or do they just email Santa to say what they want for Christmas?

When I put this question to a friend of mine, who is slightly younger than myself but has progressed to the stage of being a grandparent, the reply I got slightly surprised me. He said 'I don't really know if many children still expected to write to Santa but I remember what I wanted most --- It was a pair of roller skates which I knew my parents could not really afford!'

This brought me back to a time when roller skating was all the rage in Dundalk. It was not just young children who wanted a pair of roller skates but teenagers wanted them to impress their girlfriends and the thing was, that girls were often more skilful in using them than the boys. I was not all that keen on roller skates myself but my older brother had a pair that must have been fairly costly and I don't know how he got the money to buy them?

You see, back in Dundalk of the last century, there were two Skating Rinks in the area, one at the Athletic Grounds off the Ramparts and the other at the seafront in Blackrock. The Skating Rink at the Ramparts went back to a time shortly after the Young Ireland company bought the land at the Marshes in 1904 and built the hall at the front. It seems to have become popular after World War One when there were three skating sessions a day when you could hire a pair of 'rollers' for just a shilling, with a reduced charge of sixpence at off-peak times.

The Blackrock Hall was opened by the A.O.H. in 1939 and proved even more popular but you had to bring your own skates. The Rock Rink was at its height of popularity during the World Two Emergency when there was little other entertainment in which the general public could take part. There were even roller skating hockey leagues played in which many Railway Works and footwear factories workers took part but, above all, it was a great place for young people to meet the opposite sex at time when dancing was not as well organised. Many a local romances blossomed at these two skating rinks and I am sure that many marriages, and families that sprung from them, were arranged there.

Of course, there was also a lot of roller skating during good weather in local streets and in school yards. To have a good pair of roller skates and be able to move on them skilfully was something envied by many a young Dundalk person.

The early roller skates had steel wheels, with ball-bearings around the inside which would wear out but could be replaced at the local hardware shops or could be acquired from somebody who worked in a garage or engineering works.

The early skates were adjustable to the shoe or boot that you wore and, I suppose, there must have been smaller ones to suit girls feet. Skates with polyurethane wheels and boot skates came much later but the early skates were the fore-runners of skateboards which became popular with children of about forty years ago. Roller skates were invented as long ago as 1860 by a man named John Joseph Melin but I think the four-in-a-line wheels, which imitated ice skate blades, are a fairly recent invention.

Some of the old skates, like my brother's pair, ended up being part of a 'gig', as street go-karts were known in Dundalk, on which we sat to be pushed along or careered down a steep slope.

But that's another story which children of today might not understand!