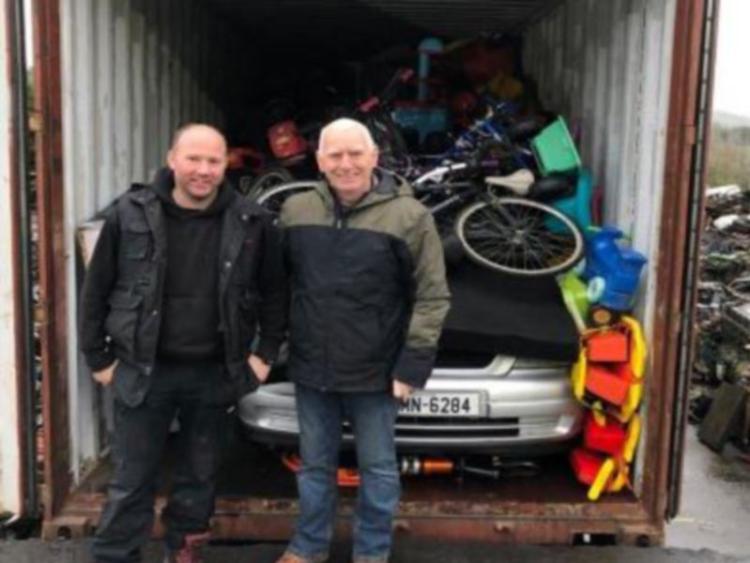 In response to a charity request for used bicycles, a local basketball club banded together and went above and beyond to come up with an incredible 60 bikes!

Fire and Ambulance Development in Africa (FADA) will once again ship a 40-foot container to Niger in West Africa with much needed medical supplies and rescue equipment and, along with these supplies, a request was put out for bicycles to help the children of poor families attend school.

And so, family and friends from Dynamites Basketball Club stepped up to the mark, and in doing so, overwhelmed event coordinator and coach with the Dynamites, Retired Sub Fire Officer Brendan McCoy with their generosity.

“Children showing up as young as five year of age giving their toys to such a wonderful cause was amazing,” said Brendan.

The FADA Project is now in its tenth year and to date, nine new fire and rescue stations have been opened throughout Niger in West Africa with rescue equipment donated covering an area four times the size of Ireland.

This will be the fifth container sent out. In previous shipments two ambulances and two response vehicles, along with medical supplies donated by Fleming Ireland were transported to new rescue stations.

RTE and Sky have aired segments from the project with the program produced by Moondance Productions Dublin which gave the project national and international coverage.

Brendan and a team of firefighters will travel to Niamey in January to open and equip a new training school for firefighters with equipment such as laptop’s and training aids donated by kindness nationwide.

On previous trips, relationships have been built-up with firefighters from Niger and with massive improvements in their response ability and their ability to assist their communities, the firefighters are now valued highly as members of their own communities and have now links with the Worldwide Fire Service.

On previous trips the firefighters have also had the pleasure of meeting the King of the region of Zinder.