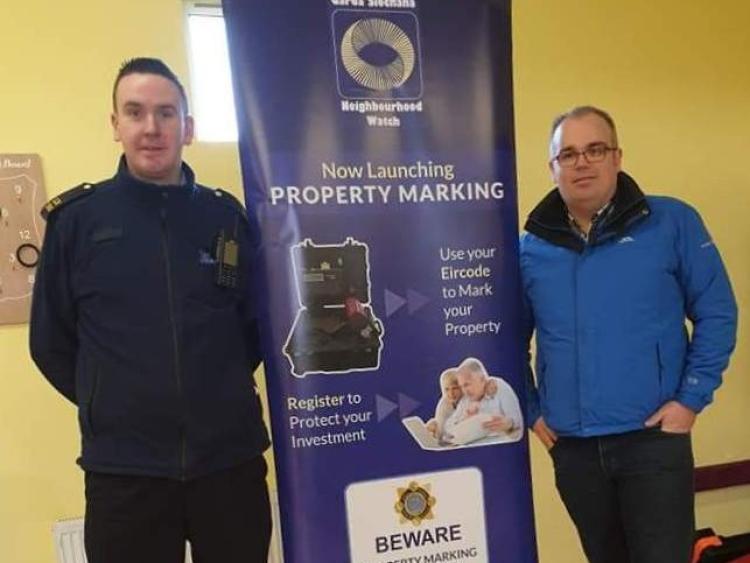 An initiative to help elderly residents living in the Cooley area has been deemed a resounding success after it was highlighted at last Tuesdays Joint Policing Committee meeting.

“We cover all of Carlingford and Omeath areas. During the project, we set out to visit all of the elderly people in the area every four to six weeks. It will usually be the same garda every time, so they really get to know the people they are visiting.

“During these callouts, the garda will check the property to make sure everything is secure. It’s great for the people to get first-hand experience with the gardaí.”

Indeed the project has been so successful that gardaí said they are keen to “roll the program out across the county”, at the 2019 JPC meeting held in Blackrock last week.

Micheal says Cooley Community Alert also pushed to have panic alarms installed in the homes of elderly residents: “There are free panic alarms available for people aged 65+. They are Pobal funded. Over the last ten months in the Carlingford and Omeath areas we’ve installed over 224 alarms.”

Micheal also advised that the alarms are available nationwide from Pobal under the Senior Alert Scheme and that any interested parties can contact their local community alert group or Saint Vincent De Paul for assistance.

He said: “We (Cooley Community Alert) went out and met with Garda Kevin Cleary and gave a list to the guards. It has created such a great peace of mind for residents in the area.

“The elderly in the community are absolutely thrilled. It gives them great peace of mind.

“I think that when safety advice comes from a member of the gardaí, people take it onboard more. It’s more effective than a family member mentioning things to them.”

Whilst their initiatives have been hugely successful so far, this busy community group is keen to stay proactive.

Last weekend they attended a training seminar on using a property marking machine, which has brought the crime rate down dramatically after being instated in Co Cavan. Cooley Community Alert will use the machine to embed Eircodes in people’s property to discourage thieves.

Given the positive outcome of their recent endeavors, Micheal offered the following advice to local Community Groups: “If you want to work with gardaí you can get things done.

“We have had a relatively peaceful year in the Cooley area, thanks to the hard work of the gardaí. And Cooley councillors

Antóin Watters and Erin McGreehan have also been a fantastic support.

“The guards work with us and we work with them. It’s a two-way street.”