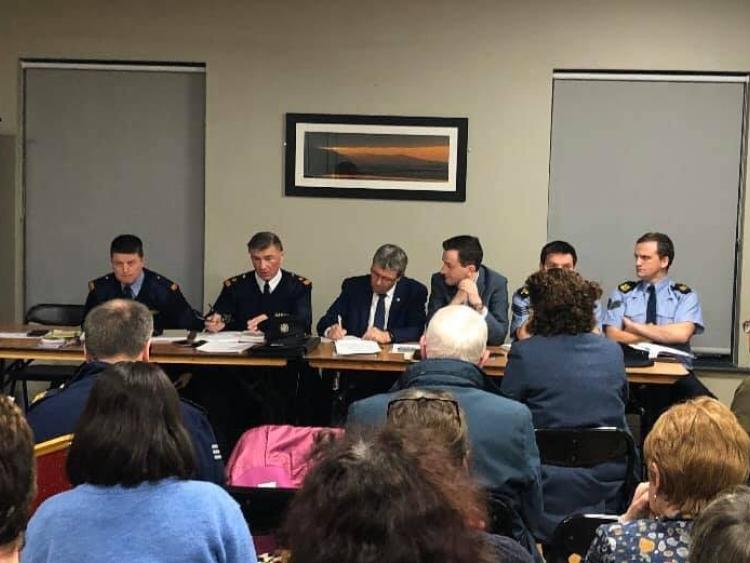 A local mother spoke with grave concern about the lack of services for people suffering from mental health conditions in Co Louth at last Tuesdays Joint Policing Committee meeting in Blackrock.

At the meeting, which was open to the public, the local woman spoke of the problems her schizophrenic son has encountered over the last number of years due to the lack of mental health services in the county.

The woman explained: “I have a protection order out against my son. Recently he was lifted [arrested] and brought to court. Then he was sent to Cloverhill prison where he can refuse treatment.

“After that he is sent back to Crosslanes and then he’s sent back in a taxi with no money or address, or medical card.

“He gives an address which he lived in years ago and he’s just left there. And this keeps happening. He’s lived in my shed for four months before because he had nowhere else to go.”

The woman asked: “Is there anything that the guards can do as I’m his mother and I don’t know what to do anymore?”

Gardaí said that Superintendent Curley would address the woman directly in private as she was talking about an individual case.

Local independent Cllr Maeve Yore responded to the woman’s concerns saying: ‘‘The mental health issue is not up to gardaí. Gardaí are dumped with this issue.

“We saw reports recently - a garda cell is not the place for someone with a mental health issue. I’m passionate about getting this issue sorted.’’