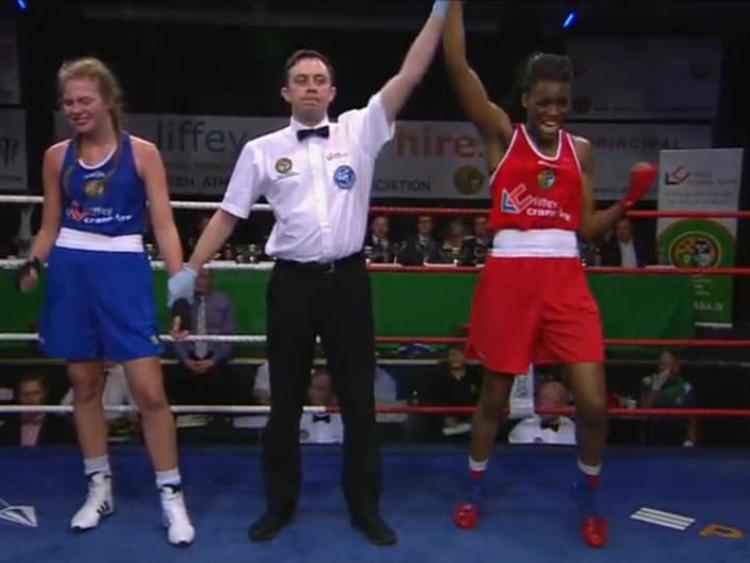 According to her club Clann Naofa, “she is credit to the club and Irish athletic boxing association. When Evelyn first came through the doors of Clann Naofa in Muirhevnamor, she was a shy lack of confidence seven year old kid, it took the coaches three years to develop her talent entering her first competition at 11 years of age, winning Louth, Leinster championships and the first of many Irish national titles.”

Evelyn hasn’t looked back since, going on to win the Irish title the year after, along with being awarded the best school girl of the year.

Evelyn soon became a name well-known around Ireland for her boxing ability. It was then she was called up for the Irish national team, showcasing her talents at the highest level of Irish boxing and it soon became clear what a talent that she was.

To date Evelyn has won a total of 14 Irish titles, 1 European silver medal, and a gold medal in the golden girl’s competition in Germany.

“As her coaches we could not be any more proud of her achievements and accomplishments. Watch this space, we believe there is much more to come.”