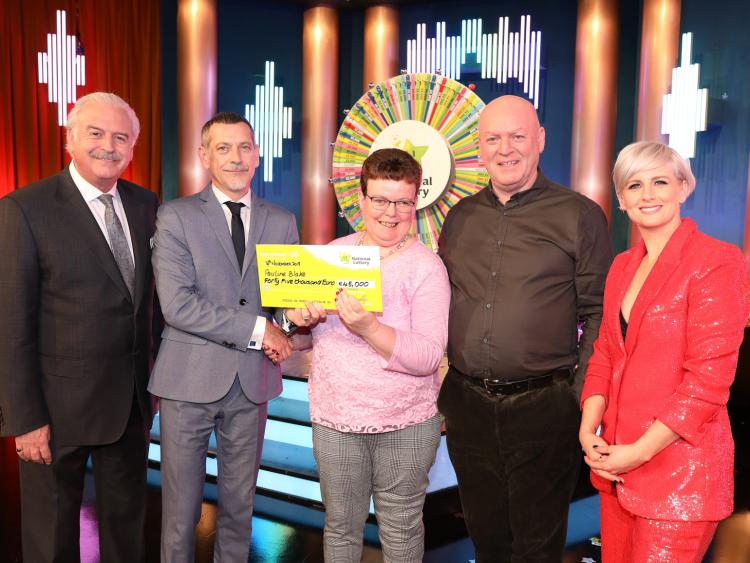 A Co. Louth man who took his sister's place on the National Lottery’s Winning Streak TV game show has won her a massive €45,000 in last Saturday’s show.

Pat Blake, who is a truck driver from Termonfeckin in Co Louth, stepped in to take the place of his sister, Pauline after her name was called out to take part in the show.

Pauline (52) nominated her older brother, Patrick to play on her behalf and he certainly returned the faith shown in him by winning big on the show. Pauline is a huge Winning Streak fan and she was watching the show live when her name was called out to appear.

Patrick (57) has been married to Toni for over 24 years and they have two children, George (22) who has recently emigrated to Canada and Sarah (15) who was in the Winning Streak audience last Saturday.

Patrick is a truck driver by trade but has recently set up his own driving school business in Termonfeckin. In his spare time, he has become an avid bee-keeper for the past four years.

The National Lottery game show is co-presented by Marty Whelan and Sinead Kennedy and features some perennial favorite games including Play or Pay, Roll for Riches, WinFall and Electric Dream – where one player will win an electric car worth €25,000.

As ever, one of the lucky five players will get the chance to spin the wheel and win up to €500,000. An exciting element of the show is that one €100,000 segment will be added to the Grand Prize Wheel every show if less than that amount was won in the previous show, improving players chances to win a massive prize.