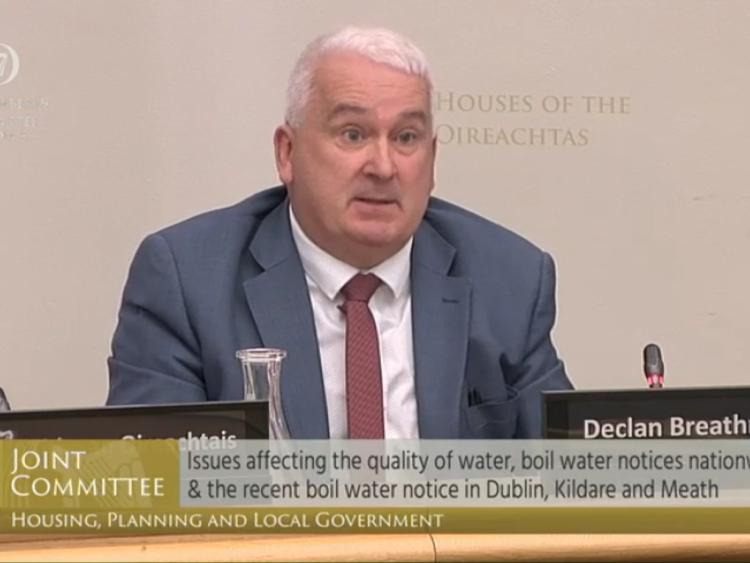 Louth TD Declan Breathnach questioned Irish Water officials at an Oireachtas Committee meeting over what he calls the "disgraceful" and "dangerous" 12-day delay in issuing a Boil Water Notice to people served by the Tallanstown Public Water Supply.

An EPA report recently found that a contamination was first found at the plant on July 19th but Irish Water did not issue a Boil Water Notice till July 30th. The EPA said this ‘posed an unacceptable risk to public health for the consumers of Tallanstown Public Water Supply’.

Breathnach commented: “I asked Irish Water how this delay was allowed to happen and what steps were being taken to make sure this does not happen again. When the Greater Dublin Area was under Boil Water Notice at the Leixlip plant, this seemed to be fixed very quickly. It’s unfair people 600 people in Mid-Louth remain under Boil Water Notice.”

“I told Irish Water there were major problems in their communications. In my numerous contacts with them, I was not told of the exact issue at the Tallanstown Plant. I know of many constituents who say they were not aware of the Boil Water Notice until weeks after it was put in”

The Boil Water Notice at the Tallanstown Plant was partially lifted in October, but remains in place for about 600 people.

Breathnach concluded:“I hope these people will be free from this major disruption soon and Irish Water take steps to prevent this farce ever happening again.”