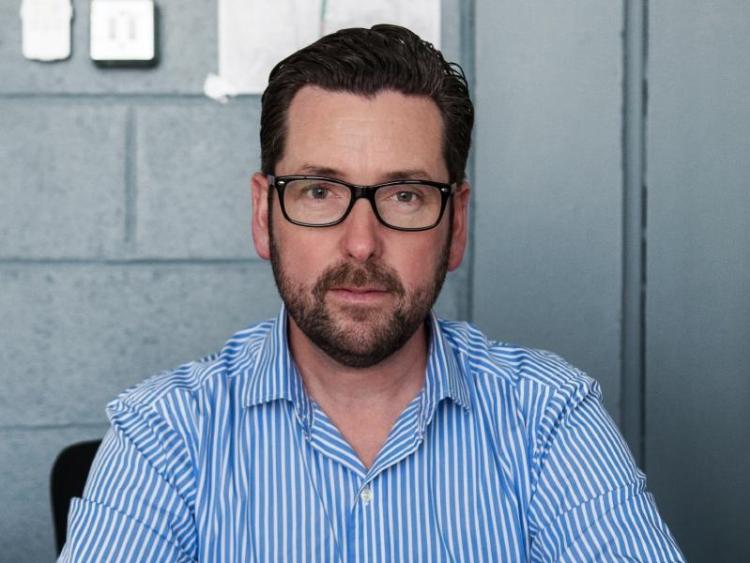 ‘Dundalk town centre is like an endangered species; it needs to be protected’

It's just before 9am on the morning of Halloween. Martin McElligott is in the BIDS office at the Square, busy coordinating plans for the upcoming Christmas festival Frostival, which kicks off on November 22. Around the office are strewn large Christmas decorations, ready to be installed around the town centre shortly.

Scares and ghosts may be on the minds of most, but Martin is primarily focused on all things festive and bright.

But there is something that constantly worries him. As we sit down for a coffee in a cafe on Earl Street, the town is starting to wake up.

Through the biting chill of late October some local shoppers are moving about, but otherwise, the immediate area is relatively quiet.

The survival of our town centre is a topic Martin returns to regularly. After taking a sip from his cup, he gets stuck in and rarely stops to take another.

"The way I see it, the town centre is like an endangered species right now, it needs protecting. But it is on everyone to help turn it into a protected species now. We need to be having conversations about this," he says with urgency.

Town centres - Dundalk's in particular - are getting little support and help from central government, Martin feels. The local council are doing what they can, he adds, but for real, lasting change, it needs to be pushed with government muscle and energy.

That's why the recent Town Centre Health Check, which looked in-depth at how Dundalk town centre is doing economically, is so important. It's a report which has gone to the top of government, where it will be used to shape Dundalk town centre's very future.

Martin mentions a recent Dutch contingent that visited Dundalk earlier this year. He says he gleaned plenty of insight into the way they work town centre planning strategies in Holland.

He was even told that Dundalk is a perfect example of how NOT to do such planning.

Making a town centre more compact could help. The visiting Dutch contingent spoke to Martin about how they used this technique with success back home.

In a particular area of high vacancy in a town centre they decided to return the buildings there to residential use. Then they offered grants to incentivise and attract potential homebuyers.

Any businesses that remained in the area can then be moved closer into the core of the town, into vacant units there.

This way you have a smaller, fuller and more vibrant town, with much less vacancy in the central, core area.
It's an interesting concept and could certainly be applied to Dundalk.

The idea of a 'living above the shop' arrangement has some similarities and benefits. This is something that Martin says is already tentatively underway along Clanbrassil Street. The problem arises, though, when you try to repurpose and recondition older, retail buildings for residential use strict rules and regulations crop up.

“Some buildings in the town centre do not have access to the upstairs from the street, this was because of bad planning decades ago. Everything moved out to the suburbs, so no one thought access to living accommodation above a shop was important then.”

It is these 'sins of the father' which have to be overcome to make town centres a future-ready proposition.

The prevalence of ‘out of town’ retail parks in Dundalk - which were overwhelmingly supposed to cater for so-called ‘bulky goods’ - has been to the detriment of the town trade.

Then there is the socio-cultural aspect and benefits of a thriving town centre.

Memories are made in town centres, Martin feels. Think Christmas time, St Patrick's Day, even Halloween. Those special occasions that act as standouts during a person's lifetime. A town centre is an important part of that.

"Everybody loves arts and culture. It's all part of getting people to engage with the town centre."

A regular criticism levelled against Dundalk is the lack of things to do at night time - bar the obvious alcoholic options. It's something Martin nods along with in agreement.

This is where the aforementioned cultural part of a plan comes in. Having cafes open later feeds into this thinking.

Holding festivals and events in the town centre gives something back to locals. It adds meaning and identity to a place. But they cost money to put on and funding is either limited or needlessly awkward to apply for.

The mantra "build it and they will come" crops up in our conversation. If you back something with full confidence and push the message out there, with passion, it can attract people back into towns. It's risky, but nothing is gained without an element of a gamble attached.

As it stands, town centres need some bold thinking.

During our conversation, Martin's passion for what he does is blinding at times. It's hard not to agree with a lot of what he contends.

He sees the problems town centres are facing as many and some of those problems go beyond his own remit - but he still has an opinion about what could be done.

There are no easy answers or solutions.

Although he's in the business of 'business' and he obviously understands the vital importance of money, he doesn't appear to be overly-motivated by it personally. He's been burned a few times, he says. At 43, he's a little older and wiser now. You get the sense that making a lasting change is the pay off.

He’s tentatively started delving into the EU's Competition Laws. The seemingly unchecked and continually growing dominance of online giants such as Amazon amazes Martin. This need to be looked at, he adds. With government again needing to be stronger in this regard.

Christmas is coming. A time of reflection and also looking to the future.

What that future holds for Dundalk’s town centre remains unclear, but there is hope.