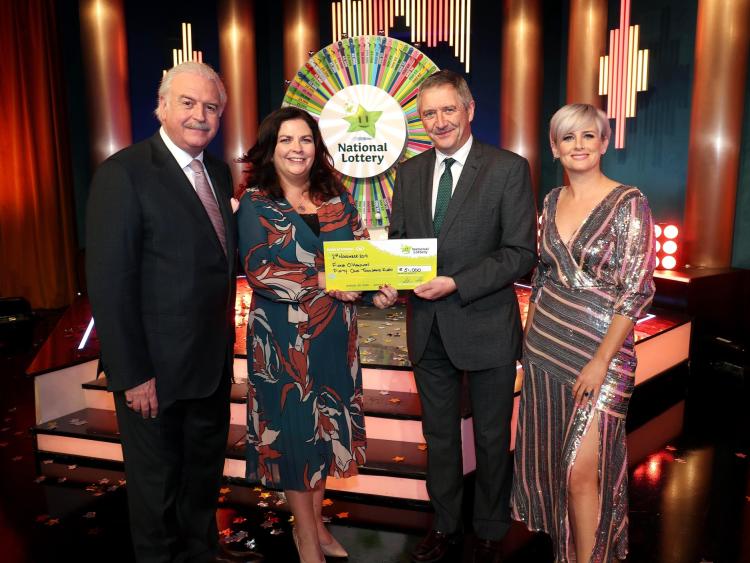 A Dundalk accountant went on a Winning Streak of her own when she appeared on the National Lottery TV game show and won a cool €51,000 on the RTÉ One show, last Saturday (2nd November).

Fiona O’Hanlon from Dundalk wasn’t watching Winning Streak when her name was called out two weeks ago, but she said that all three phones in the house began ringing with friends congratulating her. Neighbours were rushing into the house, some in their pyjamas, hugging her too and Fiona was overcome with excitement and nerves.

Fiona is Dundalk born and bred and lives with her family, husband Sean – to whom she has been married for 23 years, and her two kids, Shannon (20) and Dylan (11) who are both excited to cheer her on this coming Saturday. They were in the audience alongside Fiona’s parents Breige and Harry and sister Yvonne.

Fiona is an accountant by day and works for SAI Global in Dundalk, where she has worked for more than seven years. Her daughter Shannon is following in her mums footsteps and is studying actuarial maths in DCU.  Fiona has no set plan for her winnings from the show but says some of it will go towards a few bills and she will treat the rest of the family.