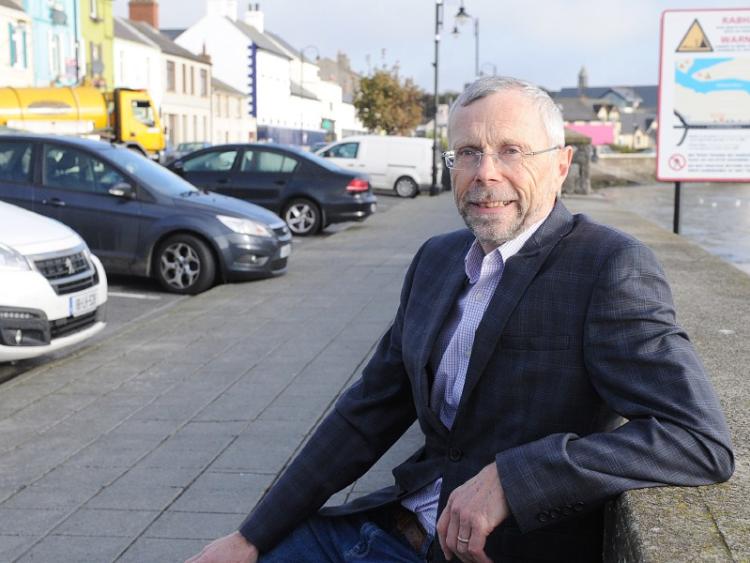 Although originally from Dublin, John Horan is a true Blackrock resident and is Chairman of the local Tidy Towns

Can you tell us a bit about yourself?

I am from Dublin, though have lived more of my life in Blackrock. This is my home, the place where I live and am proud of. I was an art teacher in O’Fiaich College for over thirty years, now retired. I have one wife and two daughters, one in Dundalk the other in Melbourne (not the wives, the daughters). I was born before 1960, approximately! I like the Beatles, Elvis and The rolling Stones.

Is there anything you would like to see change in the local area in the near future?

I would like to see less inappropriate development. I am very disappointed with the recent decision of An Bord Pleanala to impose a massive 483 unit development on Blackrock, incorporating inappropriate medium rise structures. It shows no regard for existing residents or the neighbouring Special Area of Conservation. The decision has huge implications for infrastructure, traffic and the operation of Tidy Towns.

Is there anything in particular you are proud of being involved in?

I have been involved with Tidy Towns for twenty-six years, I have seen the organisation grow and mature in that time. I continue to be amazed by what can be achieved with vision and a committed group of people.

I have made many friends through Tidy Towns, and continue to be impressed by the talents that people have and with their willingness to share freely for the betterment of their community. Blackrock recently achieved four awards in the National Tidy Towns competition, specifically achieving the honour of being Ireland Tidiest Small Town. This is an achievement for the entire community, it is something for everyone in the village to be proud of.

Can you describe your 'perfect day' in Blackrock/Dundalk?

The perfect day will be warm and sunny, a day to enjoy a walk about the village with my wife, a cup of coffee in one of the cafés on main street followed by outdoor dining with friends. I am a master of the barbeque!

Have you any concerns about Blackrock/Dundalk?

The expansion of Dundalk to the south of the town has implications for Blackrock as a separate entity. The parish of Haggardstown and Blackrock risks being subsumed into a large urban sprawl, in the process losing its identity. The prospect of global warming and sea level rise will devastate coastal communities, Blackrock included. I look forward to seeing the design of the CFRAM defences which will hopefully mitigate the worst effects of sea ingress.

How did you get involved in the Tidy Towns?

I had been involved with the resident’s association in Beech Park, caring for the wider Blackrock environment seemed like a natural extension. I was a founder member of Blackrock Tidy Towns in 1993, I was at the first meeting in Uncle Toms Cabin called by Brendan Roche.

What else can local people do to keep the area looking clean and beautiful?

Most local people appreciate that they live in a special place and take pride in their properties and present their homes to a high standard. Main Street is the centre of much commercial and social life in the village, the standard of presentation here has improved enormously over the years.

One or two homeowners however, could do with taking a look at their hedges. I am specifically referring to the errant brambles that are inclined to pluck your hat off as you pass! An item of heritage that I would like people to be aware is the Louth Bank Wall where they still exist.

Many have been lost over the years, I would like to see the remaining ones preserved, and possibly new ones constructed. We can always do with more volunteers so don’t be shy!

What hopes do you have for Blackrock in the future?

I hope Blackrock continues to have a strong sense of community. We are fortunate to have so many sports groups run by enthusiastic volunteers.

The Geraldines, Rock Celtic, the Blackrock Hurling and Camogie clubs as well as the Athletics club are essential to the fabric of this community.

The parish community is a force for unity, I hope that the drift toward secularism will not undermine this. The three schools in the parish are staffed by the most dedicated professionals in the country. I hope the best we have can be preserved in the face of forces outside our control.

I like being outdoors whether it is gardening or walking the village. I am a member of Setanta Mountain Goats, a hillwalking group, I try to do two walks a week mostly in the Cooley Hills.

This is a fantastic resource on our doorstep.

I am also an enthusiastic motorcyclist, I recently completed a short tour of the Picos de Europa in northern Spain. I like reading and socialising with friends, though not at the same time!