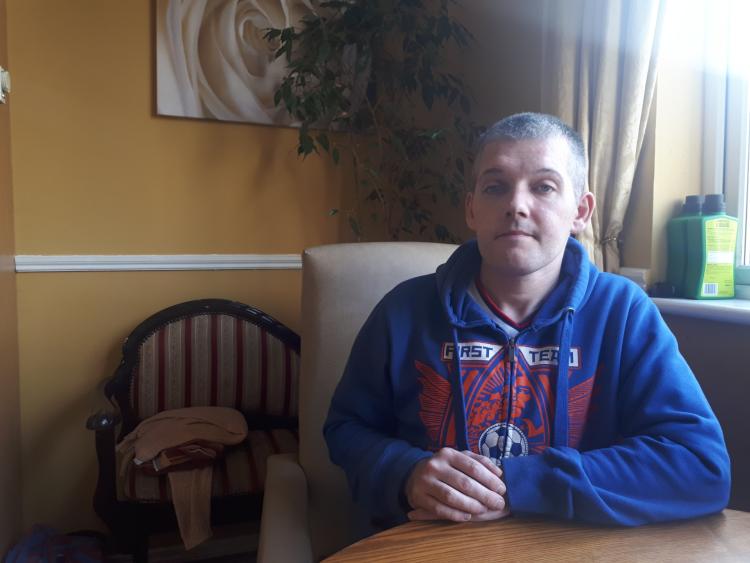 Kevin Smyth settles himself into a chair at the kitchen table, his fiancee Majella listens intently while washing dishes by the sink. Outside a heavy downpour of rain has just ended, but the clouds threaten more. Kevin says he has dreams about what might have happened to his missing brother Mark. He says he tries to push these thoughts away as much as he can. It's not easy though. He spends much of his time thinking about him and trying to make sense of it.

Mark Smyth (34), who was reported missing in Ardee in July of this year, is, by all accounts, a “happy-go-lucky” person; but Kevin quickly becomes serious as he speaks to the Democrat, adding that it is this attitude or his “good nature” which he believes some people could take advantage of.

As time has gone on, he fears something more sinister might have happened to his younger brother.

Mark's case was highlighted last month on RTE's Crimecall, but since then it has been quiet.

Kevin doesn't hold much weight in the idea that Mark would have been in Drogheda, as has been suggested, he looks almost exclusively to Dundalk as the focus for any investigation. 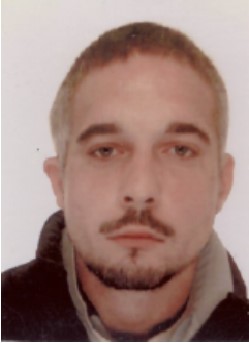 Outside the house were the Democrat is interviewing Kevin, in a car, there are a number of posters with a picture of Mark on them and a description. Kevin, along with others, go out when they can to maintain interest in Mark's plight and try to jog memories.

Even a small, seemingly useless, piece of information could prove vital, Kevin says.

Kevin and his fiancee decided in July of this year that enough was enough after many months of worry, and presented themselves to the guards station in Ardee to file a missing persons report. Many have queried why it took over a year for this to happen. Mark was last seen by family in May 2018. Kevin explains that Mark is a free spirit and it would not have been uncommon for him to go travelling around the country for periods of time.

He was a religious man too, Kevin adds, and was known to have gone to Knock and other places of pilgrimage in Ireland. Kevin says that his father told him that Mark said he was thinking of “going around the country” at the time.

They also believed that Mark was still using his bank account during this period.

A woman, speaking to the Democrat wishing to remain anonymous, remembers a previous occasion when Mark was frequenting a local homeless support group in Dundalk and they had become concerned for his welfare and went looking for him.

"He went up the mountains one night and left his bike on the Newry Road, locked - he never left his bike, so we started a search," she says. "We were about to go out again on a second search when be walks in the door!"

Despite that incident, she says that Mark was a "creature of habit" and is surprised no one among any of the homeless support groups in Drogheda has no recollection of him spending time there.

Alarms bells truly started ringing for the family when Mark’s text messages failed to arrive. He would, despite past absences, send a Happy Birthday message from time to time or wish family members a Happy Christmas. Kevin says that while the mobile number the messages would come from might change, you'd always know it was from Mark - his messages were always short and to the point.

Since May 2018 no messages or even a phone call have been received. According to Kevin now, there had in fact been no activity on his bank account all along.

Kevin points to what he describes as "nasty rumours" that had been spread prior to Mark's disappearance in May 2018, adding that Mark had started to become visibly stressed during this period.

Kevin feels strongly his brother was being bullied by certain people in Dundalk.

After Mark officially became a missing person in July of this year, Kevin went to Dundalk with a photograph of him, to the soup kitchen on Bridge Street, and when he showed people there his picture there were flashes of recognition: “ah, Marky”.

Some said they had heard he was supposed to have been put in prison. Kevin says the gardai checked up on this, but there is no record in any Irish prison of Mark being an inmate.

From where this rumour started is unknown, but it seems to have become widespread among the local homeless community by the time of Mark's disappearance.

Kevin's fiancee Majella is finishing up washing dishes at the sink and asks that "we keep it out there" - keep Mark's case in the spotlight.

"We're just hoping that it's not going to be another unsolved missing case," adds Kevin. "I'd love him just to ring us. We're just going from day to day really.

"For him just to disappear off the radar like that, it's very bizarre, it's very peculiar."

Mark is described as being five foot six inches in height with short grey hair with black/grey stubble, when last seen he was wearing knee length shorts and a white t-shirt and was in possession of a Raleigh Ace Shimona 600 racing bicycle.

Anyone with information can call Ardee Garda Station on 041 6853222