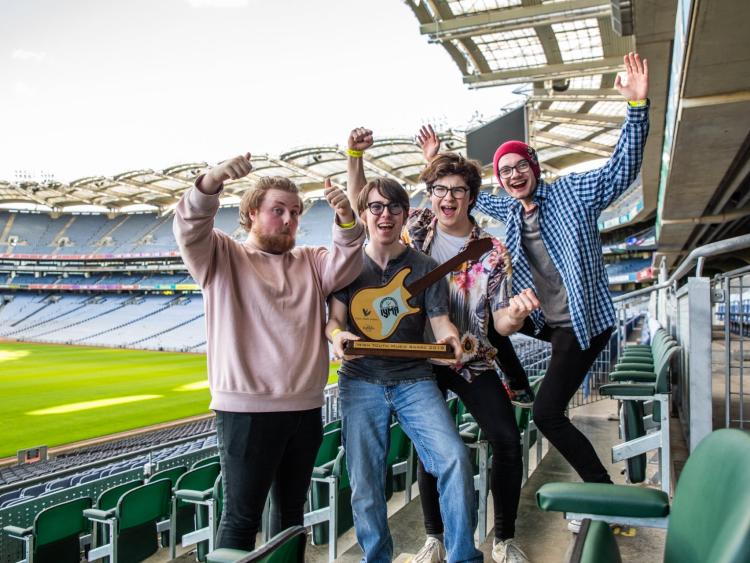 Youth Work Ireland’s Irish Youth Music Awards (IYMAs) is set to celebrate the release of IYMAs volume 12 with an all ages gig in The Spirit Store in Dundalk this Saturday October 19.

This gig will feature performances from young people from Youth Work Ireland Louths representing team, as they were announced as the recipient region of the IYMAs programme at the National event in Croke Park last May. Elana Mulligan from Youth Action Northern Ireland Enniskillen was selected as the IYMAs Lil Red songwriter award recipient at this event also.

This album was produced during the summer in Sun Studios giving the young musicians the opportunity to follow in the footsteps of artists such as U2, The Script, Morrissey, Bressie, The Coronas and Kanye West who have all recorded there. The album was then mastered by Richard Dowling in Wav Mastering Limerick Ireland who has worked with David Bowie, The Foo Fighters and Choice Music Winners Soak.

“It's great to be able to launch the IYMAs programme again for another year with the release of this album and to be part of the journey of so many amazing creatives and musicians from across the entire island of Ireland. We are very excited to launch the album this year in Dundalk to celebrate the work of their team from Youth Work Ireland Louth and we are hoping all those involved in the programme this year and the community of Louth can come to the launch or stream or buy the album online so we can try to get it into the Irish charts and showcase the future talent emerging from this country. All sales or streams between the release this Friday the 18th and lunchtime on Thursday the 24th of October will count towards this” said Irish Youth Music Awards Director, Barry Lennon.

Caroline Flanagan, Regional Director of Youth Work Ireland Louth, said: “It’s a great honour to see the IYMAs programme supporting young people from Louth to be part of an innovative programme like this and for them to get the opportunity to record an album and release it. We hope everyone in Louth can help support these amazing musicians, get the album into the charts by coming to the concert in the Spirit Store this Saturday and getting a copy of the album or streaming or buying the album online when its released this Friday the 18th of October”