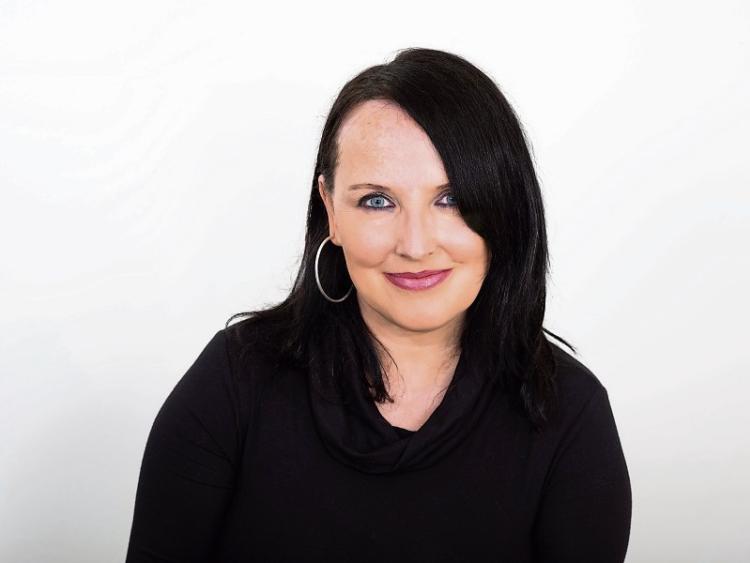 Jaki McCarrick: ‘Dundalk is a much-misunderstood place in the rest of Ireland’

As a writer, has Dundalk inspired any of your work?

Absolutely. From my very first plays and short stories, Dundalk and the places around the border, have been a massive influence on my writing.

My first play The Mushroom Pickers is about a former Republican figure who runs a mushroom growing business. Even though I set the play closer to Clones in Monaghan, many of the references in that play would be familiar to people from Dundalk.

Then my play Leopoldville, which won the 2010 Papatango New Writing Prize, was about the murder of a Dundalk publican in 1990, an incident that happened while I was living in London, but which, even years later, I could not forget. Also, my Edge Hill Prize-shortlisted short story collection The Scattering contains stories that are all about borders. Many are set in Dundalk.

“The Visit” which won the Wasafiri Prize for short fiction, is framed around the visit of Bill Clinton to Dundalk in 2000. Borders fascinate me – metaphorically, politically, and in terms of identity. Originally, when I pitched my border-themed plays to some theatre companies in Ireland they could not see the fascination, but of course now “the border” is the most topical subject in the news.

I find the Northeast area endlessly fascinating, and it is the setting too of my new novel, The Family Wolves.

When you think of Dundalk, what comes to mind?

Several things come to mind when I think of Dundalk. Firstly, in terms of history it is the town closest to the site of one of the oldest legends in Europe, the Táin Bó Cúailnge. I think Dundalk should make much more of this enormously rich heritage. Secondly, its formerly industrial heritage is something that marks the town out in terms of architecture (factory buildings, railway and port architecture, mill buildings etc) - and in the ethos of its inhabitants.

Dundalk is not a sleepy town. It wakes early and is busy and urban in its outlook. When I was involved with music in the 1980s, my band, “Choice”, which was the first electronic band in Ireland, often referred to Dundalk in interviews as being Ireland’s equivalent of Sheffield – it had, and has, that vibe: post-industrial, industrious, urban with a rural periphery.

Dundalk is also a much-misunderstood place in the rest of Ireland. I’ve often had to explain to people where it is geographically; many people think it’s in Northern Ireland.

Having said that, Dundalk was able to tune into the BBC in the 1970s and 80s when it was unavailable in Dublin, hence British popular culture was alive and well in Dundalk at that time. It has as strong a relationship with Newry and Belfast as it does with Dublin – which makes it a town with multiple influences and a pretty open-minded place in which to live.

Have you any particular memories that stand out?

I was twelve years old when I arrived in Dundalk from London (my mother inherited a house here). My first memory was of the deference for the priests as they’d pass down the street. I’d not seen that before and I thought it was archaic. Also, I remember my mother shopping in Wards (now gone) on Park Street and the cheese and butter being cut with a wire. As a child I thought I had gone back in time, but a few years later I started to see wonderful changes in the town; there was suddenly a great art and music scene and I was happy to be a part of that. Looking back – the changes that happened in Dundalk in the 1980s mark the beginning of change in Ireland generally, when Ireland begins to be a more modern society and rebels against the stranglehold of the Church etc.

What changes have you noticed over the years in Dundalk?

I love how Dundalk has become a much more multicultural, outward-looking place. That has made me miss multicultural London less. I would find a monoculture extremely depressing.

What I don’t like, is what has happened to the main thoroughfares in the town – Park Street, Clanbrassil Street etc. Serious effort needs to be made to bring back business and people to these streets. Photos of the town fifty years ago show a bustling, organically designed town-centre. This has gone. I know the times have changed and people now shop more online and in malls on the periphery of town etc, but there are still ways to attract people back to the centre. Free parking, lower business rates, an emphasis on “experiential business” such as restaurants, cafés, art galleries, bookshops etc (as in the streets of Galway) could bring people back to the heart of the town. Once, due to its geography, Dundalk was influenced by British and European design and ways of life, now it seems to be becoming increasingly Americanised. Some revised thinking on town planning could resolve this.

What are you working on at the moment?

I’ve just finished a few projects. The all-female reimagining of my play Leopoldville - and the screenplay adaptation of my play Belfast Girls. I’m also finishing up a first draft of my first novel, which I’ve set on the Cooley Peninsula, and am working on a second collection of short stories, many of which are, once again, set in Dundalk.

What's been your proudest moment as a writer?

I think the publication of my short story collection The Scattering was pretty awesome. I’d been working on the stories for years, and though many had won awards, not all publishers were interested in a collection of stories about “Irish border life”, so it was great when Welsh publishers Seren Books decided to publish. The collection was subsequently shortlisted for the prestigious Edge Hill Prize (won by a favourite writer of mine, who I met at the awards ceremony, John Burnside). The publication of The Scattering also led to me being short listed for the inaugural Irish Fiction Laureate.

Jaki’s play Leopoldville won the 2010 Papatango Prize for New Writing, and her play The Naturalists premiered last year in New York to rave reviews: "Best Bet International Theatre", Theatre is Easy; "Impeccable, a gift to its actors" New York Times; "Beautifully performed" The New Yorker. In 2016, Jaki was selected for Screen Ireland's Talent Development Initiative and has recently completed the screen adaptation of Belfast Girls. Jaki's short story collection, The Scattering, was published by Seren Books and was shortlisted for the 2014 Edge Hill Prize. Jaki, who was longlisted in 2014 for the inaugural Irish Fiction Laureate, is currently editing her first novel.