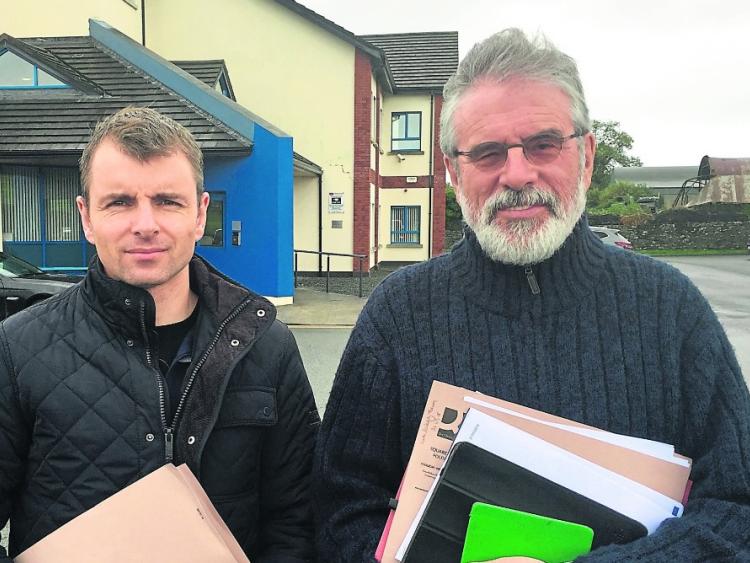 Louth TD Gerry Adams has said that Budget 2020 fails to deliver for workers and families and said that it is “an opportunity missed."

The Sinn Féin TD in a statement released last night, called it "short on solutions and fails to adequately invest in the priority areas of social and affordable housing, homelessness, health, education and the environment.”

“This budget could have been so much better for the people of Louth and across this state", Deputy Adams said.

"The government had the opportunity to put money back into people’s pockets and improve access to public services. It could have tackled the rip-off costs confronting families in this constituency facing extortionate rents, exorbitant childcare costs, and rip-off insurance premiums. It chose not to.

"Instead of putting people first the government has protected the banks, the speculators, the vulture funds, and implemented policies that are forcing thousands of children into homelessness and are responsible for hundreds of citizens every day languishing on hospital trolleys.

"The Government pumped billions into AIB, Bank of Ireland, Permanent TSB, Anglo and Irish Nationwide. Today that bill stands at 42 billion euro. Taxpayers will be paying over 1 billion every year on this debt for years to come. At the same time the banks are enjoying a privileged tax break which means that they will pay no corporation tax for the next 20 years.

"Today there are almost 600,000 citizens on the Outpatient waiting lists. This is highest number since records began. Over ten thousand citizens are homeless and average rents have increased by twenty percent since Fine Gael took office.

"At the same time Fine Gael, supported by Fianna Fáil, is wasting taxpayers money on the National Broadband Plan and the National Children’s Hospital.

"In addition, the decision by the government and Fianna Fáil to increase carbon tax will impose a new burden on many families unable to afford it. This is a regressive tax which will hit poorer households, rural areas, and single parent families hardest.

"Sinn Féin in our costed alternative budget showed that it is possible to manage the public finances in a compassionate, fairer and more effective manner.”

“Families in Louth will take little comfort from the government’s budget. There is nothing in it to offer respite to those families struggling to make ends meet.

"In our alternative budget Sinn Féin showed how it is possible to manage economic growth in a way that invests directly in living standards for families."

"More money for citizens in Louth who need respite care services and for citizens with disabilities, including investing in additional personal assistant hours; increasing the Carers Support Grant and the Carers Allowance and benefit and Disability Allowance, Invalidity Pension and Blind Pension.

"Sinn Féin would also reinstate the Rehabilitative Training Allowance which was removed by the Government earlier this year.

"We would have focussed additional resources on mental health services, including toward a 24/7 crisis intervention service and 7 day week outpatient model of CAMHS services.

"The government’s budget 2020 is a missed opportunity.”