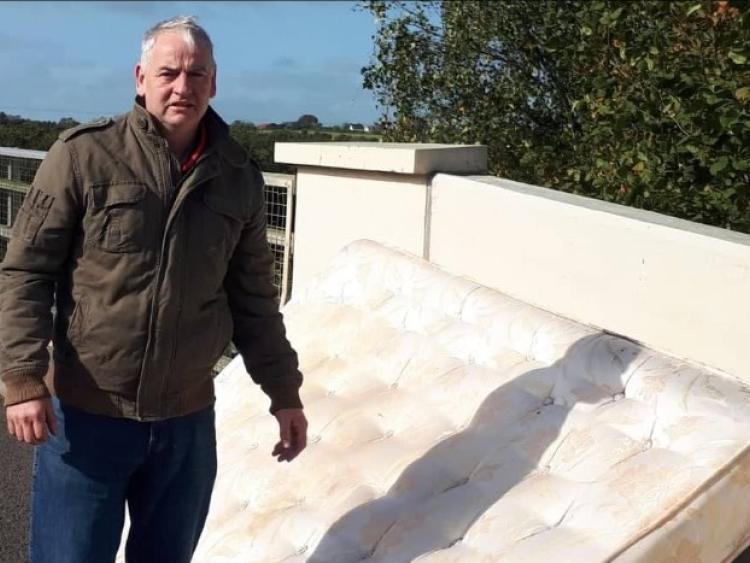 Councillor warns of dangers of fly-tipping along motorway in Louth

A local councillor has hit out at those responsible for dumping a mattress on the bridge over the M1 motorway heading up to the Barnattin Reservoir at Monasterboice.

Sinn Fein Cllr Tom Cunningham said: “I can’t believe people would be so irresponsible as to dump a mattress at a motorway overhead knowing full well the dangers of what would happen should a gust of wind or indeed mischievous persons lift that mattress and drop it onto the motorway. How dare these people put lives at risk just because they couldn’t be bothered to pay the cost of dumping it? I refuse to believe that these people were not aware of the possible consequences of dumping that mattress at this spot and I want them caught so they can face the full rigours of the law.”

He continued: “Let’s not forget that just a few weeks ago we had a ‘mattress amnesty’ in this county so it could have been disposed of for free, as were 1,200 other mattresses. There was also carpet and 3 tyres dumped beside it so someone has done up their bedroom and dumped their filth for someone else to clean up.

“If anyone was driving along the motorway and noticed anything suspicious please let the authorities know, check your dashcams you never know, you may have picked up something.”