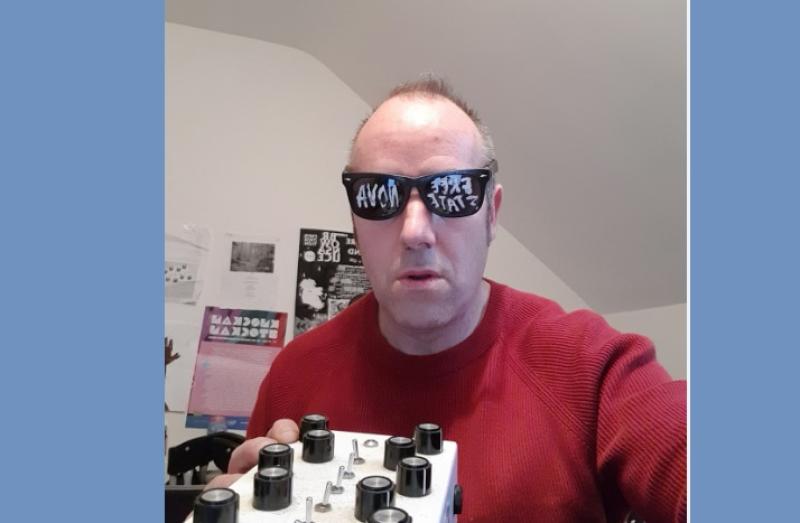 Punk poet and anti-hero of the North East, Jinx Lennon, has a very special double header planned for Dundalk Gaol this November, when the "stupendously amazing musician/storyteller", Little John Nee joins him for an unforgettable night of sounds and storytelling, on Thursday November 14 at 8pm.

Jinx, who is currently finishing his upcoming album, which he says will probably be called "Border Schizo Folk Songs for the F**ked", has had a very busy summer, with appearances at festivals including: Vantastival; Electric Picnic; ITAV Cork; Knockanstockan; and Feile Na Greine Limerick, the D.I.Y. festival which Jinx says "was magical."

The new album is planned for release next march and features brilliant local musicians Sharon Mc Ardle, Conal Duffy, TPM and Sean Quigley and it was recorded says Jinx, in Silverbridge with singer/songwriter Ben Reel.

Anyone who has ever witnessed a live Jinx Lennon show will know it will be a night not to be missed. This is what Christy Moore, one of Ireland's greatest singer songwriters has to say about Jinx:

"For me the best songwriter in the country at the moment is Jinx Lennon, and he matters. He matters to me. And we don‘t hear him because he's telling the truth. He's singing about this island we live in as it is, and he doesn’t get airplay. Why doesn’t he get airplay? …Because he's telling the truth. And why can’t people deal with that truth?... Because it's very raw, and he doesn’t sugar it up."

Here is a video of Jinx performing on the Salty Dog Stage at Electric Picnic. It is a song about Dundalk called "The Dundalk Walk ", about the "local hard man walk of late in the night".

Joining Jinx on the night is Little John Nee. Little John is a writer, performer and musician based in the west of Ireland where he tours his shows to unlikely venues.

He has developed a musical storytelling style that is very much his own with his band The Caledonian Highly Strung Orchestra and which has won him international recognition with theatre shows, ''The Derry Boats'' and ''Small Holes and Potholes''. He is however most happy when he is playing the small halls of this island.

His style of storytelling theatre with music has won him international recognition and his play “Sparkplug” won an Irish Times Theatre Award for his sound design while the RTE radio version won a Special Mention Prize at the Prix Italia 2013.

Tickets for what is shaping up to be an amazing night are available at €12 from www.orielcentre.ie or call to the The Oriel Centre on the Carrick Road behind the Garda Station or people can contact Jinx on the contact form on his website www.jinxlennon.com