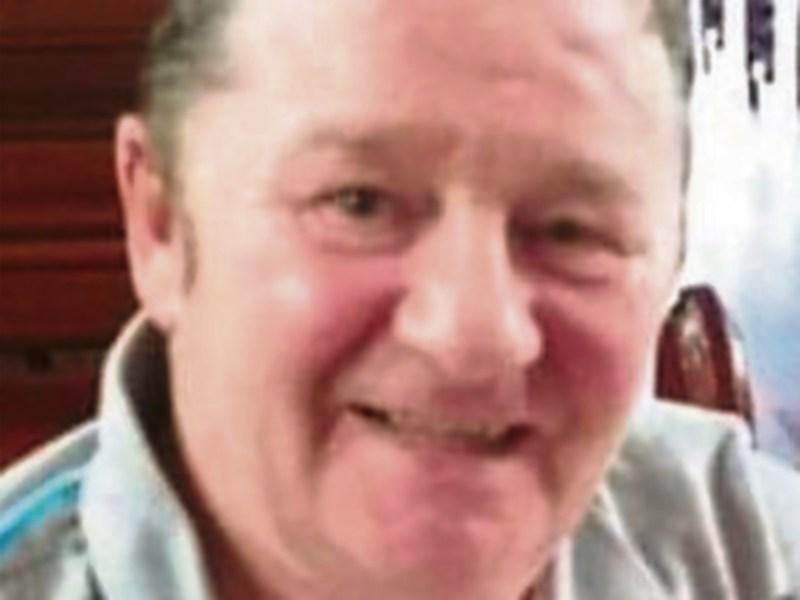 Sean (Gun) Murtagh who died suddenly on June 20th last while on holiday in Majorca was a member of a large family from the Quay area of town. He was born in the town’s old military barracks.

Sean was son of James and Margaret Murtagh, and grew up in Hyde Park and attended the Christian Brothers school.

He was a talented runner in his younger years and collected quite a few medals. He also liked playing football, pool, handball and table tennis.

Later on in life he was a darts player, and enjoyed playing the game in competitions in local pubs.

Fishing was also a pursuit that he enjoyed; going out with Peter (Bob) Foster his friend from childhood in the latter’s boat to catch different species of fish, including salmon and trout in the local waters.

He started his working career in the local shoe industry, being employed in the former Weyenberg factory on Coe’s Road. He later worked in the coal industry and then the Urban District Council.

He went to England in the 1980s, and spent some time in London where he secured work as a labourer.

He returned home, and then travelled over to the USA to his brother in San Francisco.

On his return to his home town, he held jobs in National Pen, Eclipse Security, McGeough’s Filling Station in Jonesboro and as a hackney driver with local hackney firm Shevlins.

Besides his childhood home in Hyde Park, he lived for different periods in Muirhevnamor, Quay Street and Cooley Park before spending the last 13 years in Saint Alphonsus Villas.

Tragically he was diagnosed with a rare neurological degenerative disease called MSA over five years ago and its progression made life very tough and resulted in Sean's mobility being very limited.

However, he never allowed this to affect his great sense of humour, and remained entertaining company with his fine story telling ability.

He loved television daily and looked forward to having a little flutter on the horses and football at the weekend and liked a small tipple.

The radio and music provided him with particular pleasure, with his love for the music of popular singers like Perry Como, Doris Day, Dean Martin, Matt Munro and Elvis.

He had a large collection of tape cassettes and CDs from that era that was dear to his heart and to which he stayed true.

He went to sleep with music on the radio and woke up with it on and loved listening to the local station Dundalk FM, especially on a Sunday night for the programme on local affairs.

Going off to the sun with wife Catherine on holiday was a particular joy and a source of wonderful memories over the last 26 years and especially for Sean in latter times.

Sadly he took a turn two days into what was to prove his last holiday in Majorca on 20th June.

He was predeceased by his son, David, brothers, Gerard and George and father James.

His remains were flown home and he reposed at his home on Saturday and Sunday before being taken to Saint Joseph’s Redemptorist Church the next day, Monday, July 1.

Wife Catherine, his nieces and sister, Anna Marie took part in the Mass, which was celebrated by Father Michael Cusack CSsR who delivered the eulogy.