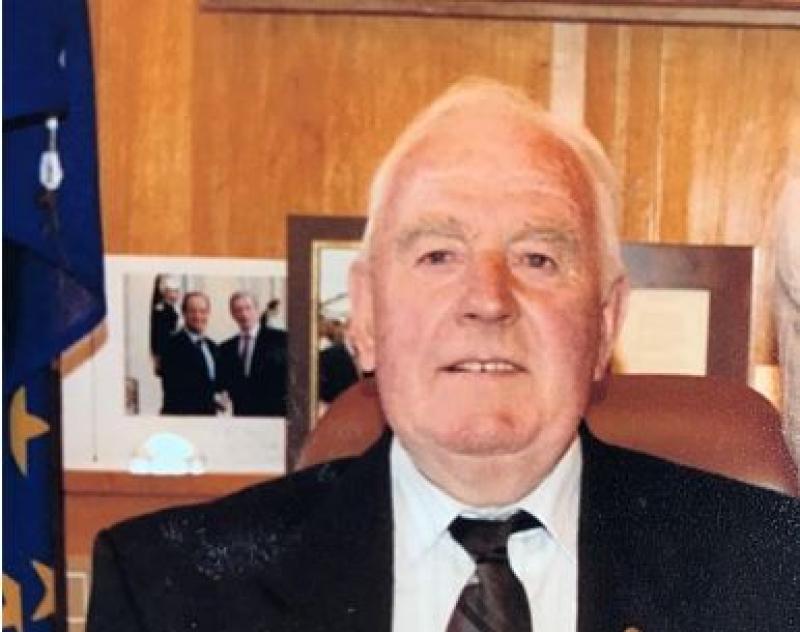 The death has taken place in his 96th year of Patrick (Paddy) McGeough, Drumcay, Inniskeen, Co. Monaghan. He passed away peacefully in Our Lady of Lourdes Hospital, Drogheda surrounded by his loving family on the 20th of August after a short illness.

Paddy was born on the 14th of August 1924 to parents James and Agnes McGeough. He was one of ten children, five boys and five girls. He was educated at Kednaminsha NS. On leaving school he worked on his family farm for a short time. He then went on to work in Kilkerly Dairies for a number of years before taking a job in the Pipe Factory, Magheracloone. From there Paddy finished out his working career in Harp Larger, Dundalk where he worked until his retirement.

Through his long life, Paddy would have witnessed many advances in the world but was always open-minded to changes around him. Paddy was extremely sociable and enjoyed many nights out to the Inniskeen Club with wife Bridgie where they were proud members. He was a big supporter of the Inniskeen Grattens and Monaghan Gaa. He travelled far and wide to support both teams. He was also a life-long member of Fine Gael.

He will be sadly missed by his daughter Ann, three grandchildren, six great-grandchildren, his brother Jim, sisters Agnes and Julia, son-in-law John, nephews, nieces, cousins, relatives and friends. Paddy was predeceased by his wife Bridgie in 2014 and his granddaughter Kelly-Anne in 2011

After reposing at his home in Drumcay on Tuesday and Wednesday, Paddy’s remains were taken to Mary Mother of Mercy Church, Inniskeen on Thursday 23rd of August for Requiem mass celebrated by Fr. Martin Treanor.

The First and Second Readings were read by Caoimhe Kindlon and Eugene McGeough and Prayers of the Faithful were read by Orla Russell, Aoibhin Kindlon, Brendan Meegan, Síle Duff and Maria McGuill. The bread and wine were presented by Vanessa Duffy and Aoife Byrne. The communion reflection was beautifully by Gerard Mc Ardle.

The beautiful music which added so much to the ceremony was provided by Sean and Caroline Walsh, Eileen Meegan and Laura Kelly. Following mass the burial took place in St. Mary’s Cemetery, Inniskeen. Paddy’s Months Mind Mass was held on  on Friday the 20th of September, at 8pm in Mary Mother Mercy, Inniskeen.

May his gentle soul rest in peace.