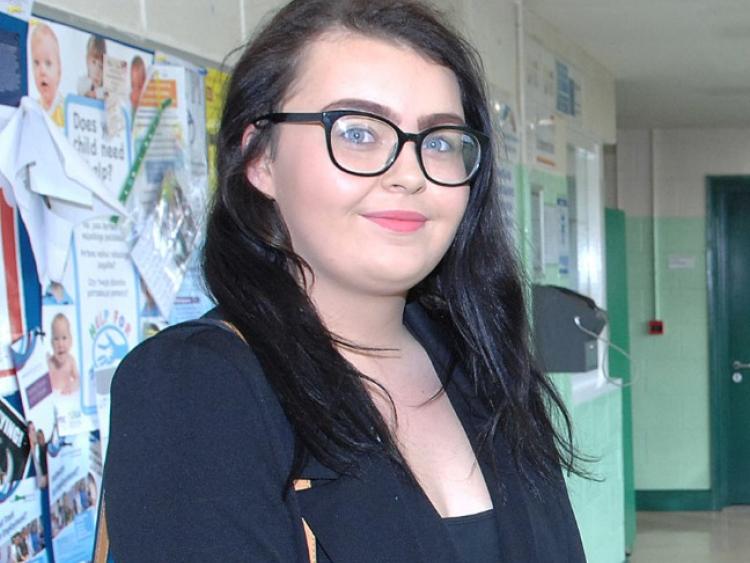 “I think the only referendum that we need [in Northern Ireland] is provided for in the Good Friday Agreement. We need to start shifting our focus to a unity referendum because it is the only thing that will get us out of this mess. The UK isn’t fit for purpose anymore - not that it ever was in the first place.”

Powerful words from 18 year old Ellen Norton. Ellen did her Leaving Cert in Coláiste Lú this year and will begin studying for her degree in International Relations in DCU this September. That is her priority for the next few years - in between working her part time job, canvassing for Sinn Féin and her work as an activist on social issues, that is.

An active campaigner for social issues since she was 15, Ellen says the most rewarding so far was the work she did on the referendum to Repeal the Eighth Amendment. “The Repeal one was the best days of my life,” she says.

“I was out every night campaigning for it and I was Ógra Shinn Féin’s National Women’s Officer at the time, so I ran the youth campaign nationally. It was just one of the best campaigns I’ve ever been involved in.

“I got involved when I was 15. I’m still only 18 now but I’ve been around a while.”
One of the reasons, Ellen believes, that the campaign was successful was because people shared their own personal experiences.

“The 'In her Shoes' movement - I think that changed the course of it. Because people were like, 'how can I argue with her, how can I say she’s wrong when its her experience of it?'

So what attracted Ellen to politics in the first place?

“I’m not sure but I’ve always had an interest in politics”, she says. “My parents aren’t political. My mum is from the Falls [Road] in Belfast and she moved to Dundalk during the Troubles. They had to.

“So I always grew up listening to stories - her telling me of British Soldiers would just come into her house and raided the place.

“I think its always been in me to fight against injustices like that.”

So why Ellen join Sinn Féin?

“I did my Transition Year work experience in (Sinn Féin TD) Gerry Adams office,” Ellen explains. “So I was in the office watching Olive doing constituency work. She was dealing with people. I went up to Leinster House one day, got to sit in and watch the debates. That was just so interesting.”

How did her family react when they saw Ellen was becoming an activist?

“I remember working on a project on abortion when I was in first year. My teachers were all young - they were very sound on the issue.

“Everyone in my school was very political - they were not republican views, Irish culture was just really important to us.”

The news that Coláiste Lú might not have a gaelscoil status and the students and parents reaction to it might help reinforce this view.

“The first five years were great, when we were in Chapel Street. And then we got the new building and we were thrown in with Coláiste Cú Chulainn.
“It wasn’t really ideal. No one told us we were only a unit [within Colaiste Cu Chulainn].

“We were always told we were a gaelcholáiste. They’re trying to say Coláiste Lú was a figment of our imagination. We have our own uniform, we have our own sign - we were there first!

“I’m happy to raise awareness of it anywhere I can.”

“What an amazing girl. She is just fierce. What she is doing for climate change is just unbelievable.

“It’s a massive issue (climate change) for young people. You see a lot of people buying [coffee] cups they can reuse. Even the cloth bags instead of plastic and paper bags.

Issues like the housing and homeless crisis; barriers to education; a gaelcholáiste in Dundalk; climate change; and Brexit are among some of the issues high on her list of priorities. But getting through college comes first though.

“Law - Human Rights Law, that’s the plan. I wouldn’t rule out [running in politics] but at the moment I want to get my degree and focus on my activism.

“I love being a political activist.”