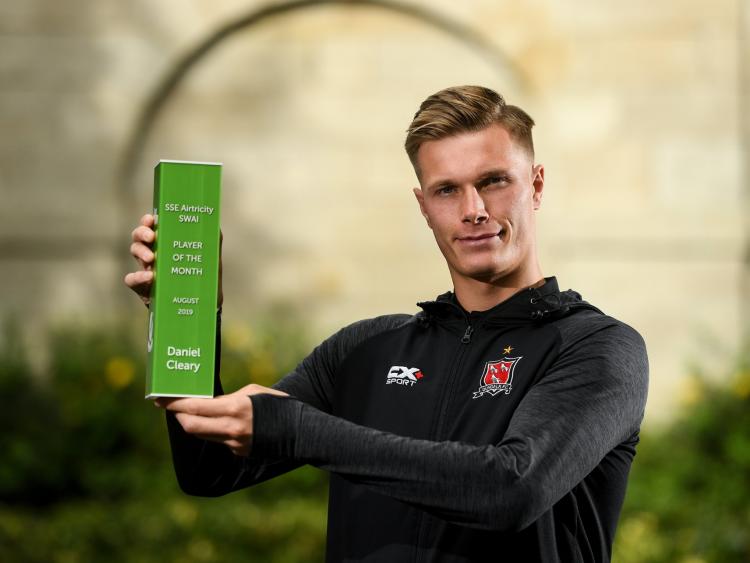 Dundalk defender Daniel Cleary is the SSE Airtricity League/Soccer Writers’ Association of Ireland Player of the Month for August.

The 23-year-old was a commanding presence for the Lilywhites in his six appearances in all competitions, as they maintained their lead at the top of the Premier Division while booking spots in the FAI Cup quarter-final and the EA Sports Cup final.

It means a first Player of the Month prize for the former Liverpool academy player since joining Dundalk at the start of the 2018 campaign.

“The last time I was nominated for the award was back in February 2018 after my first couple of games, so it was great to be nominated again and I’m delighted to win it,” said Cleary, after receiving the award.

“I’ve learned a lot in the last 18 months or so since arriving in the SSE Airtricity League. I’ve grown as a player during that period but I think I’ve got more to give and I’m looking forward to showing that.”

The Louth club face Derry City in the EA Sports Cup final this Saturday and with a FAI Cup semi-final tie with Sligo Rovers booked, the treble is very much on the cards.

“We’re in flying form at the moment,” Cleary added. “Since we were knocked out of Europe, we have kicked on in the domestic competitions.

“There’s no point thinking three or four games ahead when we’ve got another big one against Derry this weekend and an important league match at Waterford next Friday.

“We’ll just take it game by game and see where that leaves us at the end of the season.”