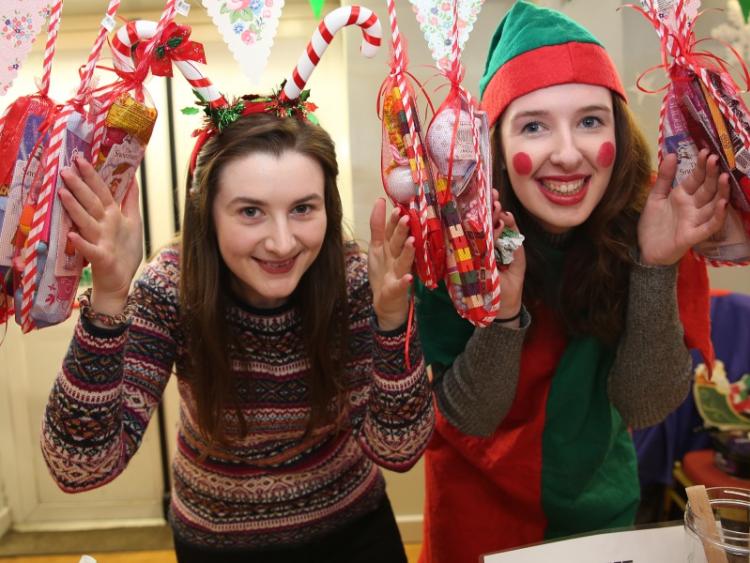 The next Cooley Charity County Market due to be held in December later this year is set to be a very special one indeed.

A total of €1776 was raised at that market. The proceeds were donated to the charity CASA - Caring & Sharing Association. Ireland was in the throes of recession at that time. The concept of a market where the community donate their unwanted goods, and where they could be then bought very cheaply in aid of charity was an instant hit.

Cooley was blessed with an abundance of kind, talented bakers who were willing to lend their skills to help others. There was huge demand for the discounted goods and home baking. Many of the original bakers are still devoted to the cause.

With the passing of the years, the market moved from Carlingford to the Cooley Parochial hall. A more spacious location and better parking facilities added greatly to the comfort of the customers coming to the market. The moving of the market also brought a change to the benefactor of the market. At that time there was a need for improved care for families living with Dementia on the Cooley Peninsula. A decision was reached that all proceeds from the market would be donated to The Birches Alzheimer Day Care Centre in Dundalk. An outreach programme was planned, and in July 2013 The Birches extended its service, opening its doors in the St James Community House, Rathabbey, Grange, Carlingford. It was a great occasion of celebration. People from Cooley, Lordship, Omeath, Carlingford and surrounding areas would now have their loved one cared for in their own area under the expert care of The Birches professionally trained staff. The markets would continue to generate funds for this project. From humble beginnings, the unique Cooley Charity Market has grown in strength.

Its sweet success is without doubt due to the loyalty of the army of bakers who continue to produce a vast display of home bakes and jams for each market. It’s success is also due to the unwavering support received from the local community. The amount of goods being donated increases with the years.

Scores of talented volunteers run the market. New volunteer faces continue to appear each year, offering invaluable commodities – their time and talents !! Loyal customers continue to come and support the markets, driven by the cause which they represent – The Birches.

The enthusiastic organisers of the market are currently busy making plans for a very special market this year. It is hoped that the 10th Anniversary will be celebrated in style and it will certainly reflect the esteem in which The Birches is held on the Cooley peninsula. To date, the markets have raised €93,000 for charity. It is hoped that the 2019 market will be the biggest, most exciting, and best yet. The organisers would be overjoyed to see the overall total proceeds from the markets exceed €100,000 - a fantastic reflection on the diligent workers who produce a vast quantity of buns, tarts, breads, cakes, jams, fruit, vegetables etc in aid of The Birches.

The organisers of the Cooley Charity Country Market deeply appreciate all who have donated goods to the market throughout the years. They also wish to thank the many Companies who have so kindly provided sponsorship and donated items to the market.

As the 10th anniversary is celebrated, the organisers pause to remember their many wonderful supporters who have gone to their eternal reward during those ten years.

Many of their recipes have been passed on and continue to contribute to the bounty of baking on the stalls. With the passing of the years, memory fades and there is always a danger that a baking skill will be lost. ‘A recipe held in an alert mind is a delicate treasure’. Cooley Charity Country Markets deeply appreciates the value of all of those old recipes. Some of them come handwritten on faded pages.

They have been passed down through the generations. Presently there is a yearning and indeed urgency to preserve them, and in so doing, the memory of that great baker’s skill will live on. The organisers of the market wish to reach out to the entire community. They would really love if families might pass on a loved one’s recipe so as it may be preserved and treasured for generations to come.

It is hoped that a collection of many recipes will be gathered and preserved.

The recipes will be displayed with pride at the next Cooley Charity Country Market which takes place Sunday December 1 in Cooley Parochial Hall.

To have your own personal recipe included, or should you wish to preserve the recipe of a dear loved one, contact Anne 086 3938289.

A photo of the baker/cook is optional. Recipes/ pictures can also be dropped into the Community House at Rathabbey, Grange, Carlingford.