Tony Curran was a family man of highest the calibre 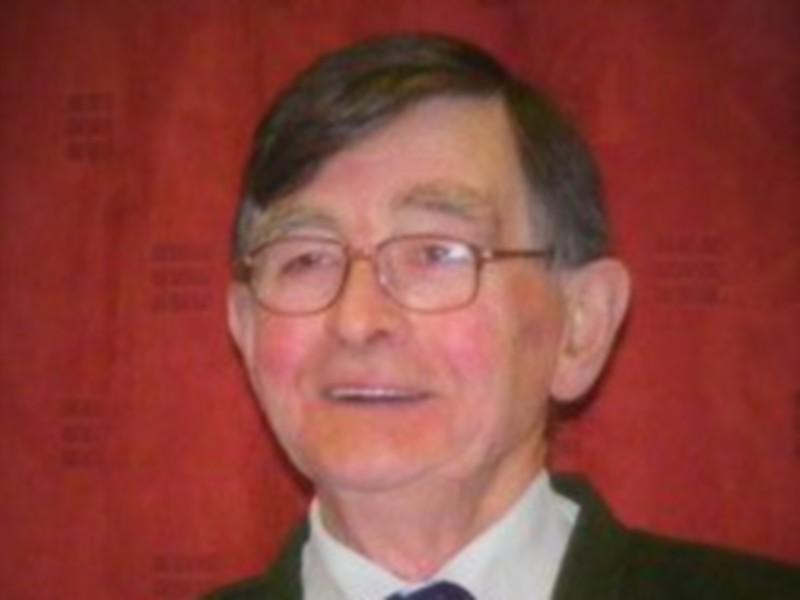 A family man of the highest calibre with a deep respect for his religion and a Clan na Gael clubman with few equals is how Tony Curran has been described.

The County Armagh native was for over 50 years an integral part of life in the community in which he and wife, Mary also from the Orchard County made their home and raised their family.

Clan na Gael was privileged and indeed very fortunate that he literally threw in his lot with the club from setting foot in the area.

It was Tony’s extended work place in later years and like a second home, his love and devotion for which he passed onto his family and indeed their offspring and was shared by wife Mary , as well as for gaelic games.

Tony was a big gentle giant of over six feet tall, who was only ever known to lose his calm when a jersey or a ball was mislaid from of a Clan na Gael kit, of which he was the protector and ‘keeper, ensuring all were washed and cleaned and in apple pie order for all teams representing the Castletown outfit.

No greater or pleasing recognition could the club have bestowed on Tony than naming the “Kit Room” after him shortly before his death where he spent a lot of his time.

He was also honoured with the title of Honorary President of the club.

He’d have as helping hands his adoring grandchildren, following the family tradition with his children all putting their hands to use in and about the club, the lounge bar being one example.

Despite being in failing health and in a wheelchair he still went over to the clubrooms until March to look after the kits.

All his children played football for the club, except for Aidan who was into hurling.

It provided Tony with immense pride to see son Gerry being part of the Clans most successful phase of their history, as a member of the teams that lifted the Joe Ward Cup five times in 1987, 1989, 1991, 1992 and 1998, and also represent Louth.

Tony went to all the Wee County matches, and wife Mary played an active role in the association as a member of the Louth Minor board for a lengthy period.

Tony hailed from Tullymore, and was the middle child of three children of the late Gertie and William Curran, who had another son, Patrick and one daughter, May who is the only surviving sibling.

He attended school in his native Armagh where he played gaelic football with the local Blackwater Town club and his love for GAA games was nurtured.

He also did a lot of fishing when he was younger

However, his passion was cars and lorries, and driving became his livelihood.

When he married Mary Toner, they moved to Wicklow where they lived for a couple of years and their older offspring were born.

The couple set up home then in Ashling Park where they settled and spent all the succeeding years. Tony became involved in Clan na Gael from he arrived in the area.

Over his working career he drove lorries which entailed a considerable period driving on the continent spanning the 1970s and 1980s.

In the latter end of his career he worked with local firm Eastern Electric for 10 to 15 years which he loved. It took him across Ireland.

While he quit driving, he never actually retired.

He carried on with a daily work routine, with his days spent at his beloved Clan na Gael, doing all manner of jobs, from marking pitches, looking after the grounds and clubhouse, serving in the bar, and washed and cleaned every jersey and had the sets ready at every age level right through to senior level for match days.

Among the other chores that he took responsibility for was to ensure there was milk and biscuits for workers in the club to have a cup of tea,

Anything that needed to be done he gladly took on with it, but took a pride especially in keeping the kits.

He assiduously kept a diary of when all the teams were playing and what sets were needed on different days.

He passed away peacefully at his home surrounded by his loving family on July 20 last.

A beloved husband and cherished father and adored grandfather and great-grandfather, he will be sadly missed and remembered with love by his wife, Mary, sons, Aidan, Gerry, daughters, Roisín Coleman, Anne O’Hagan, Maura King and Michelle Quigley sons-in-law, daughters-in-law, 16 grandchildren, four great grandchildren, sister May Burke, brothers-in-law, sisters-in-law, nieces, nephews, extended family, neighbours, Clans family and by all who knew and loved him.

After reposing at his home from the Sunday afternoon, Tony was taken on the Tuesday afternoon to Saint Nicholas Church.

Symbols of Tony’s life were laid before the altar by four of his children, Roisin, Aidan, Maura and Michelle. These included a Clan na Gael jersey and ball, his radio to which he loved listening and pictures of his 16 grandchildren and four great-grandchildren.

The Readings were given by brothers-in-law, Frank and Malachy Toner, while the Prayers of the Faithful were led by grandchildren, Emma Coleman, Ronan Quigley, Aine O’Hagan, Therese Curran, Sinead King and his two very close friends, Lisa Clancy and Paula Harrison.

The Offertory Gifts were taken up by grandchildren, Kate Curran and Stephen Quigley.

The beautiful music was provided by singer, Susan Dixon.