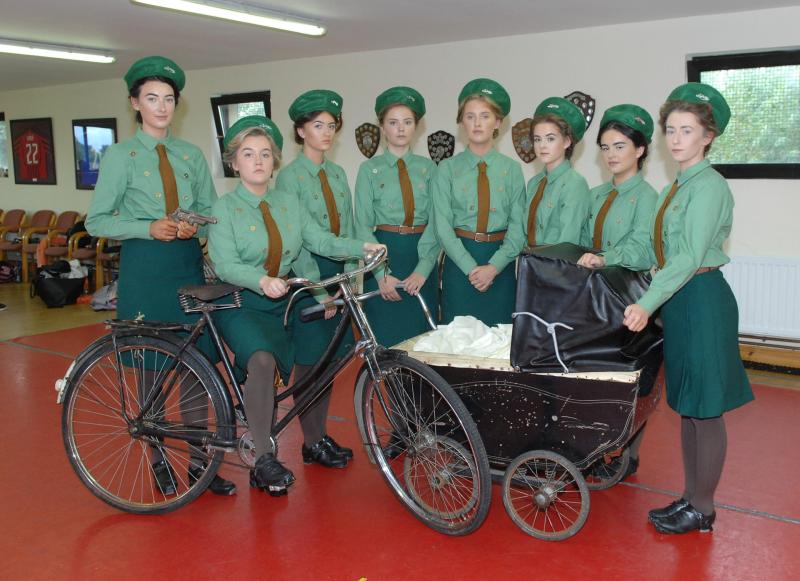 The cast of the musical play in rehearsals last week

Head along to An Táin Theatre this September for a musical with a difference. Mná na hÉireann is a unique celebration of the women of the revolution, in music and dance form.

Written by local woman Carol Leavy Joyce, Mná na hÉireann tells the long-overdue tale of the forgotten heroines and women who belong at the heart of the Irish history. The story follows the pivotal parts these women played in the revolutionary period between 1900 and 1923 - just before the Easter Rising in 1916 and before women were granted the right to vote in 1918. 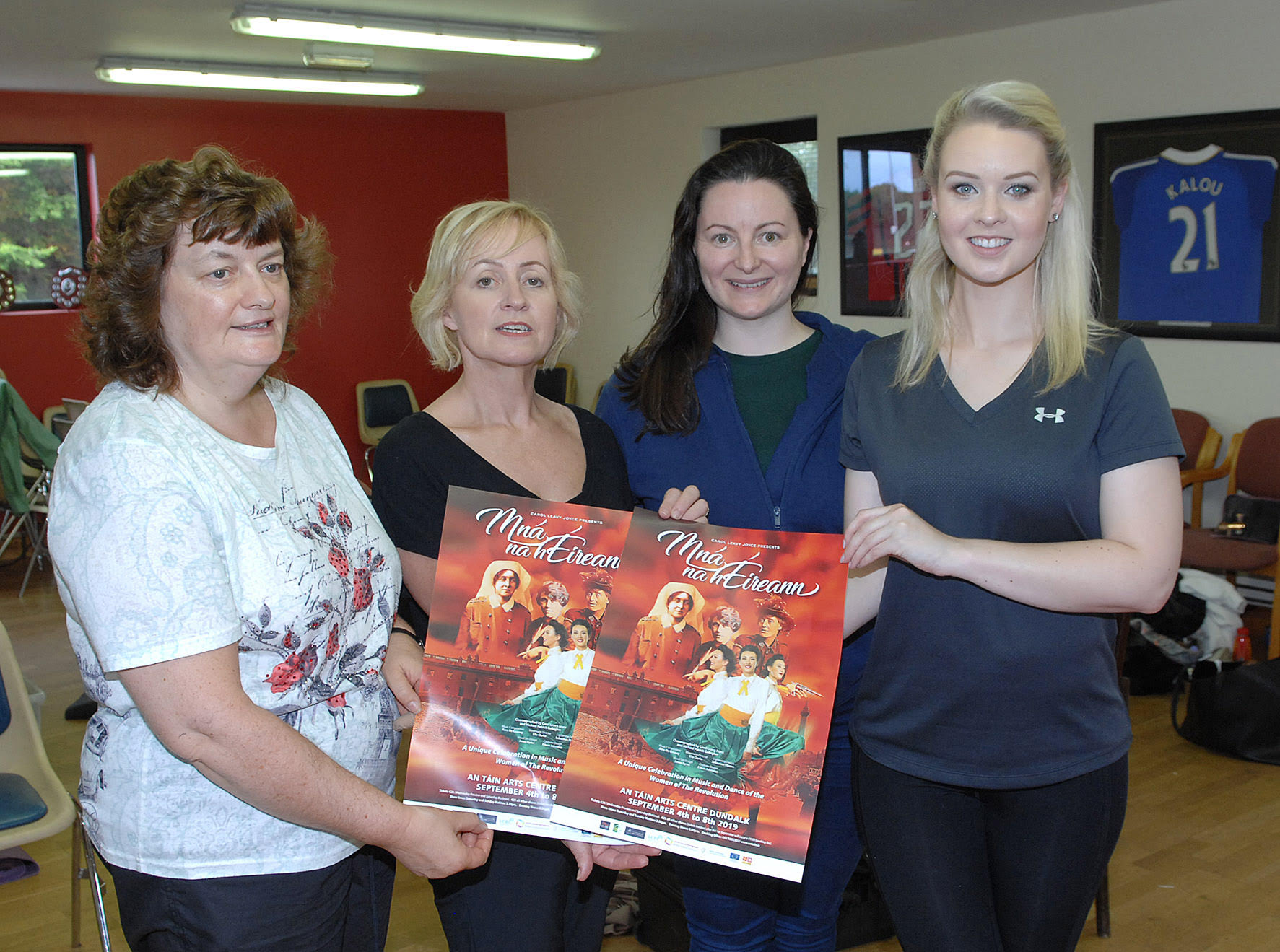 The story is a celebration of the extraordinary women who came together from all backgrounds and classes to set up organisations like Cumann na mBan (The Irishwomen’s Council) and Inghinidhe na hÉireann (Daughters of Ireland), led by luminaries Maud Gonne MacBride and Countess Markievicz (later to become the first woman elected to the British House of Commons).

Their aim was to affect change and to establish a cultural identity for Irish women. Mná na hÉireann also looks at the many other women who were airbrushed out of Irish history. Nurse Elizabeth O’Farrell, who delivered the surrender with Pádraig Pearse after the Easter Rising in 1916 is a particular focus in this show.

She was literally airbrushed out of a photograph delivering the surrender beside Pearse - a practice not uncommon at the time.

There are 25 pieces of music in the show in total performed by Aine Mc Geeney on fiddle, Colm Phelan on bodhrán, Naoise Kettle on fiddle, Conal Duffy on double bass, and Michael Biggins on piano.

They are all original compositions, consisting of jigs and reels and will be performed live on the night along with 12 dances sure to keep audience members enthralled.

Mná na hÉireann runs in An Táin Theatre from September 4 through to September 8, at 8pm each night. Tickets are €25 and €20 for the Wednesday performance and Saturday Matinée at 2:30pm only.

Please note that from September 1, all tickets will incur a booking fee of €1.50 per ticket. 10% Discount for bookings of 15 people or more (excluding Wednesday & Saturday Matinée (2:30pm) performances).