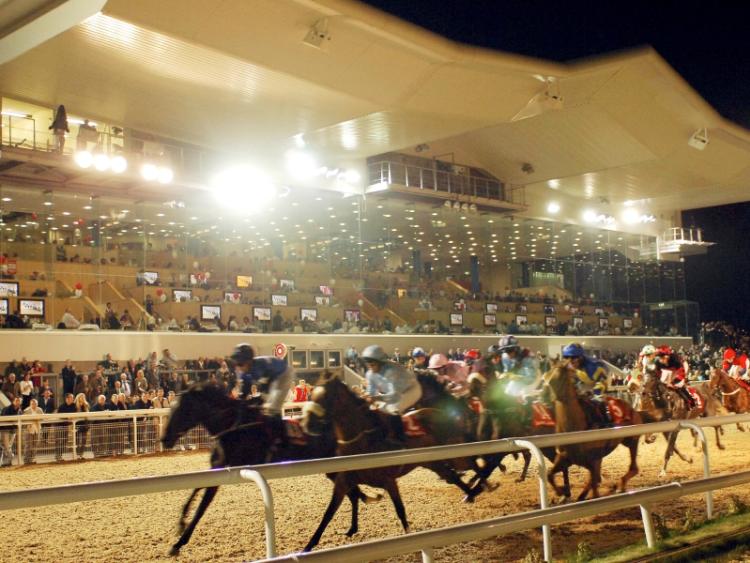 In 1970 I was levelling in South Armagh. I set up the level on the tripod along the road; just beside the dwelling and outhouses of a farm. An elderly man came out to speak to me. He was stylishly unkempt in a second best suit and brown felt hat.

He asked me where I was from and when I said Rostrevor he leant on his stick and told me this story. He was hired in Omeath where he and two others slept in a loft. There one of his mates dreamt the winner of the next race meeting in Dundalk. Taking all the money that was coming to them, the two (I gather the third was more prudent) went to Dundalk and wagered every penny on the horse.

It won. And then he turned his back to the road and raising both hands (one clasping the walking stick) high and wide above his head he gestured to the dwelling and line of out buildings and said. ‘I bought this and my mate bought a row of houses in Warrenpoint.

I recall a big steep field behind the buildings and a flat open hard cored yard to the front. Unfortunately we couldn’t engage in further conversation as the staff holders were waiting for me and I had to move on. In truth it seemed a bit far-fetched. Was there a farm in Omeath prosperous enough to support three hired men? Could a wager at the races at Dundalk result in such a spectacular result? And could two young men have the good sense to invest their winnings so well? My knowledge of horse racing, then as now, is a fiver on the Grand National and that’s about that. However some years later I told the story to a friend. A life long Warrenpoint man. And he surprised me with, “White Bud . He was always called White Bud after the horse that won him the money. He bought houses in there off the front shore.”

The story came into my mind last Wednesday on my way to Dundalk (was there formal meetings here in the early 1920s?) so I called at the Stadium on the way past. It was of course locked up but I found an intercom buzzer on the side door and better than that, a young girl who was most helpful and give me brochures about the course. There on page 25 of the 10th anniversary (2013) booklet, was a print of the flier for a meeting at Dowdallshill - Thursday, 28, May 1889.

It tells so much; the officials, the races and the railway arrangements. I never would have thought that at that time (at any time) you could have brought your horse by rail to the races in Dundalk. Then I thought; where could the three boyos possibly have been hired. Omeath is not renowned for fertile, productive land. Could it have been the farm of the Park Hotel?

I’m told there was a diary there. Then I began to channel my inner Hercule Poirot. The money for half a years hire at that time would have been between five to seven pounds and the prices for ‘less favoured land’ was very low. As little as fifty pounds for a steep six acres with a little one bay house that I know. What if the buckos had wagered three pounds at 25/1 in those austere times - it could all just possibly be true? Then when I’m warming to my story, about to further ‘punish’ the racing world with it; what should I turn up?

“On 21st March 1923, White Bud won the Linconshire Handicap at 66/1 ; the other big winner of the day was one John McDonald a ‘Boots’ at the Bellview Hotel on Queens Road. Having heard racing connections in the lounge bar and ignoring the quidnuncs he overheard that the horse White Bud would be trying. This was enough for him, furthermore, he staked all he had—shirt excepted—on the filly winning and she duly delivered at ‘double bubble carpet’. With the substantial proceeds of his wager he was able to invest in The George Hotel on the towns High St. (Doncaster).

I’ve just related the entire story to my neighbour across the road. He knows about these things. He smiled quietly and entertained me with similar racing stories told by betting men we’ve both known. Further suggesting ‘my’ story may have stemmed from one of them; and in looping out and coming back to me - hadn’t really gone that far.