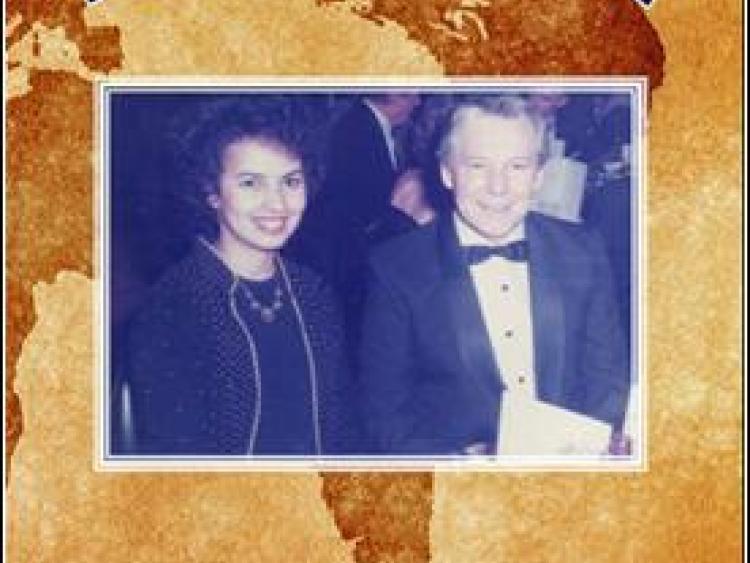 A new book detailing the uplifting story of a fascinating life, work and loves of Dundalk-born Thomas Moore life has just been released by a popular Irish online publisher.

My True North is written by Thomas’ wife, Marie Anne O’Mordha, as a loving tribute to her late husband who passed away last year.

He is the grandson of Thomas Moore, from Drogheda, who played in the GAA Match of 1912, winning the all-Ireland match, with 13,000 spectators looking on.

Tomas O’Mordha is also uncle to the Hollywood Film Director, John Moore who produced many films for 20th Century Fox.

The book tells the tale of an Irishman born on the eve of the Irish Republic, his name is Thomas Moore, (Tomas O’Mordha).

Born into a little thatch cottage, one of eight overlooking the Irish Sea, in Dundalk Thomas was the eldest of nine children.

He was also part of the first generation of Irish pupils to be taught in the native language, in Irish.

The tale also delves into Thomas’ childhood and through to his teen years, when he came of age and started working with the Irish Naval Reserve.

The book also covers Thomas’ career progression throughout the years.

He was sent to the UK to study Footwear Manufacture in Design and Pattern-Cutting after working in a shoe business in Dundalk.

Mr Moore then decided to migrate to the UK, where he worked his way up the ladder to become the Technical Director of a footwear factory.

Following this, Mr Moore’s experience led him to a job with the United Nations where he went on to build a footwear factory in the West Indies.

During this post, the Dundalk-born man conducted a survey on the whole of the Caribbean Islands. And upon completion of the UN Project, Tomas O’Mordha decided to move to the USA, where he had a headquarters in one of the Twin Tower buildings in New York City.

Following this Thomas was sent to the Far East as Footwear Consultant for Foreign Imports to the US. And from here he eventually migrated to Melbourne, Australia where he became a Teacher/ Lecturer of Footwear and Design and taught Management Studies.

The book also details the story of how Thomas meet his wife, Marie Anne who lived in the same town in Melbourne. My True North is about their lives in Melbourne, their careers and their travels.

Moving to Ireland upon his retirement, the story continues in his home country as the couple navigated the new Country, the work and the people, through the Celtic Tiger years and Peace in Ireland, the New Millennium up until Tomas O’Mordha passed away during his 92nd year.

The author Marie Anne is interested in languages, the media and the arts. She has worked in administration, sales and education, and she is a registered teacher in Australia and in Ireland.

She was married to Tom Moore for the best part of 40 years and regards her husband as her soulmate and therefore dedicates this book in his loving memory.

Marie Anne is also dedicating this book to the people of Ireland, as she was a student in Irish schools as a youngster.

On being asked by a Professor when she will be doing her PhD, Marie Anne Moore replied: “I’ll be doing my PhD in life.”
My True North is available now at: www.choicepublishing.ie priced at €12.50.