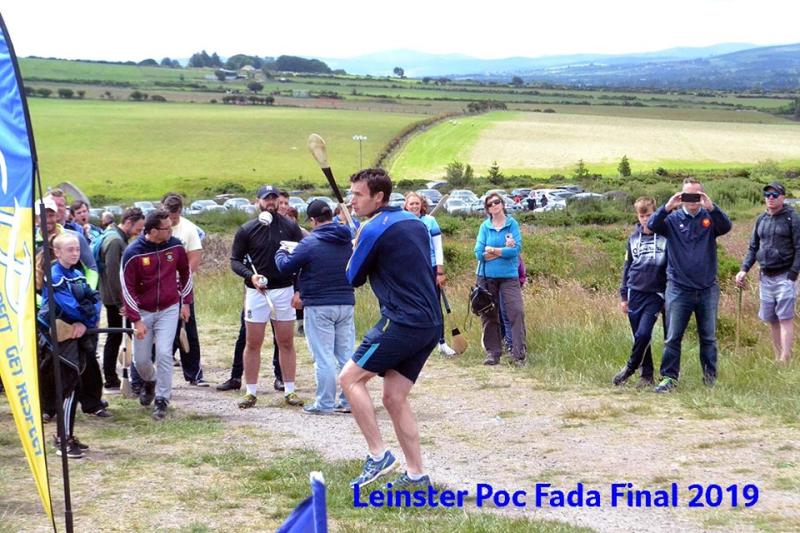 With a host of big hitters taking part this promises to be a very exciting days sport. Top of the bill in the Senior Men’s event goes to defending champion Offaly’s Cillian Kiely.

However, Cillian, will have his work cut out to retain his title with 2 former champions (Brendan Cummins Tipperary 9 tiles) and (2017 Champion Tadhg Haran of Galway).

Other notable competitors in the mens' senior event will be Patrick Horgan of Cork and Cillian's brother Cathal the reigning under 16 and Leinster Senior champion who makes this a very unique family occasion.

In the senior Camogie, the competition will be every bit as intense with Galway's Susan Earner attempting to complete 3 in row titles. Susan will be pushed all the way by players such as Amy Lee of Cork, Galway’s Catriona Daly and last years runner up Louise Dougan of Derry.

Abbey Donnelly of Meath who has participated in the under 16 competition now follows a proud family association with the competition (following in the footsteps of her father and grandfather) when she lines out in the Senior Camogie event.

The Poc Fada is an event that the spectators do almost as much work as the competitors. Please be aware that you are travelling across a 5k mountain course.

Please wear appropriate clothing and footwear. It is advisable to carry water and light refreshments.