Leo Gartlan was a well-known and respected figure 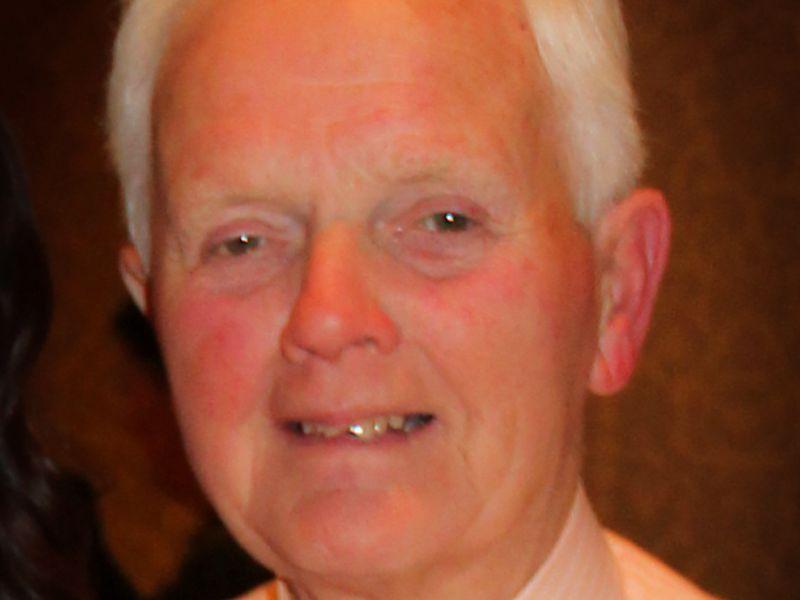 Leo Gartlan was a well-known and respected figure

The death occurred of Leo Gartlan, Ard Easmuinn on June 3 last after a long, full and very active life. A well known and respected figure in Dundalk, Leo worked on the buses with CIE before starting a little school of motoring business in later years.

A native of Carrickmacross, he grew up in the family grocers and learned many life lessons from this experience that he would later pass onto his children. His siblings spread their wings to Los Angeles, Chicago, Cork and Dublin but he stayed closer to home and moved to Dundalk in the 1950s to take up a job with CIE, a career that was to span an incredible 47 years as a bus conductor and later bus inspector.

It was in Dundalk that he met his future beloved wife, Bridie. They married in August 1958 and set up a very happy home together at Saint Patrick’s Terrace (Happy Valley) where they lived for a number of years. As the family grew, they moved that happy home to Ard Easmuinn where they raised a family of five, comprising one daughter, Aideen and four sons, Declan, Fergus, Cormac and Enda.

The second eldest of seven, Leo had five brothers and two sisters and was born to the late Patrick and Elizabeth Gartlan. Brother Enda who lives in Los Angeles is the lone survivor of his siblings.

Leo was a simple man who enjoyed the calmer things in life which entailed working with his hands. Among his hobbies were wood carving, painting, poetry, fishing, walking, gardening and indeed cultivating anything in nature. He was productive and resourceful in everything he did and there was nothing he couldn’t turn his hands to.

Family was very important to Leo and he was very involved in the family home and life. Gyles Quay was where the family spent summer holidays most years. There, idle but precious hours were spent chasing mackerel, skimming stones, walking the beaches and at just simple family fun.

As Leo’s children grew up and made homes for themselves, he was always there to oversee, support and advise on the different projects at their homes but he would always enjoy involving his grandchildren. He had a unique and special bond with each of his 13 grandchildren and always found great joy in time spent with them.

He also played an active role in his local community and the Redeemer Parish, including the church choir and with mass collections. Bridie was very involved in the community and Leo supported her all the way.

Leo engaged in active activities in his leisure time, with dancing a favourite hobby, enjoying dances in the nearby hinterland and the social inter-action over tea and a chat.

He enjoyed craic and banter and relaying or listening to a good story. Above all he loved to see people happy and being rewarded and their hard work recognised. He loved walking, taking his dog for daily walks during which he liked to stop and chat with the neighbours.

Travelling was another love of his. He visited Fergus in Australia – a memorable trip, and visited his brothers in the US several times. He enjoyed getting away to the sun and dry weather with Salou and Lanzarote favourite places for him to take a break.

Part of his work in CIE was to teach fellow workers to drive buses. He later applied those skills on his retirement when he set up his school of motoring business - teaching people to drive and guiding them through their test. Nothing gave him as much pleasure as seeing people pass their driving test – this would make his day!

In later years, the Men’s Sheds in Seatown was a place that Leo loved to visit, where he enjoyed many hours of company, craic and demonstrated his aptitude for drawing, painting and many other hobbies.

He passed away peacefully in the love and tender care of Blackrock Abbey Nursing Home. He was predeceased by wife, Bridie in 2003, along with his parents, brothers, Pat, Gerry and Jim and sisters, Rosaleen and Mary.

After reposing at his residence, Leo’s remains were taken on Thursday morning to The Church of The Holy Redeemer. Canon Peter Murphy PP Ardee was the chief concelebrant of Mass.

Gifts symbolising Leo’s life, including one of Leo’s paintings, a garden trowel, learner drivers L plate together with one of Leo’s favourite poems were laid before the altar by his grandchildren, Cillian, James and Liam and great-grand-daughter, Ellie. His grand-daughter Sinead explained the significance of these symbols in Leo’s life.

The Offertory gifts were presented by son, Enda and daughter, Aideen.

The Readings were by sons, Declan and Fergus, while the Prayers of the Faithful were led by grand-daughters, Emma, Jennifer, Chara, Conall and Sinead.

They family would like to thank all the extended family, friends, neighbours and all those who called to the house, sent messages of support or attended the funeral. Please know that your kind words and presence meant a lot to the family.