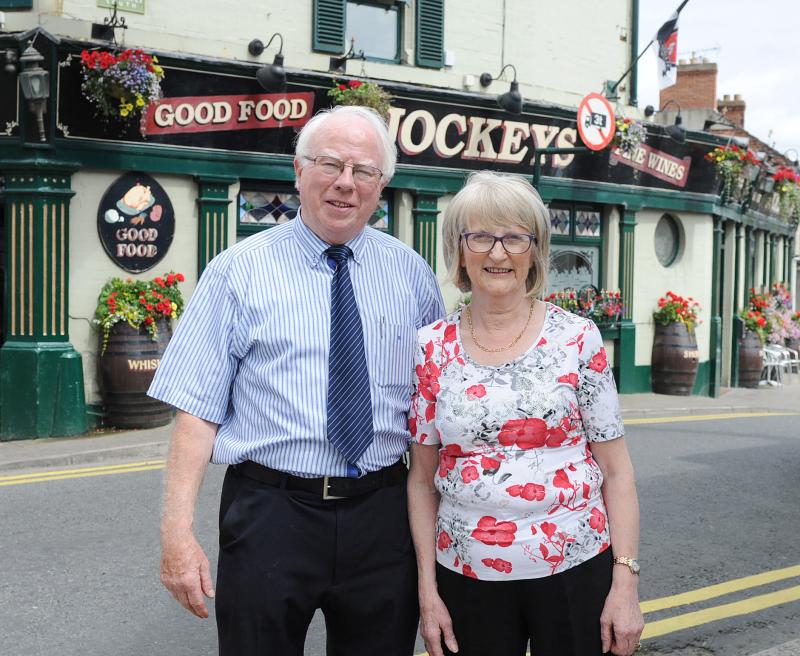 The husband and wife team who have run The Jockey’s pub, Sean and Anita Kelly, are prepreparing to retire from the Anne Street bar that has been their second home for the last 48 years.

On Wednesday morning (today) the pair will be handing over the pub keys to the new owners - the Molloy family who bought the bar and restaurant two and half years after it first went on the market.

For now, though, it’s still all go. Anita is busy sitting at the bar, despite her broken foot, wrapping piles of cutlery in napkins ready for the evening meal service.

Meanwhile, Sean is running about, chatting with customers, fielding questions about their leaving party and busying himself behind the bar. It's great to watch the Dundalk duo in their element in a place that's been their second home for almost five decades. 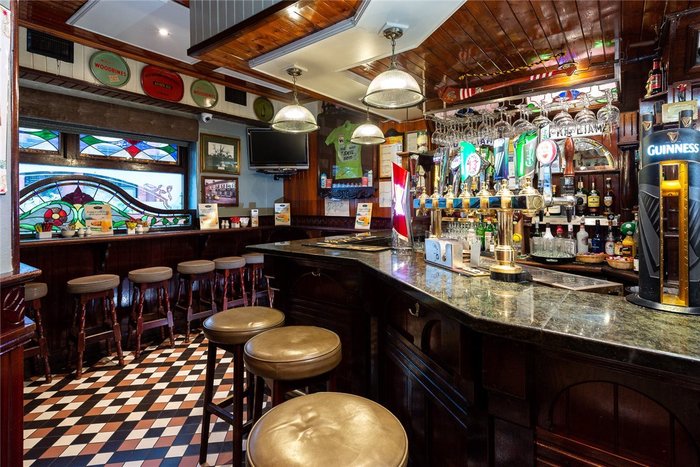 The cozy bar in the Jockey's

The Jockey's Bar was first established in 1799. It was previously known as The Oriel Bar and was christened The Jockey's as a tribute to former owner and renowned jockey Ted Fitzpatrick whose picture still hangs in the front bar today.

Also taking pride of place in the bar are Sean Kelly’s Tour De France jersey from 1983 and some local artifacts - an old weighing scale from PJ Carroll's factory and a large brass till from J.D. Melville's.

As with any great bar - it's the people that make the place. And Sean and Anita have had many loyal customers since they first opened their doors back in 1971.

Sean says: “We enjoyed every single day of it and we wouldn’t change a thing. The people of Dundalk have shown us great loyalty and courtship.

“We used to get all the ladies coming in here after mass for tea and scones and a chat. We enjoyed it very much,” Anita recalls fondly.

“We also had great neighbours here on Anne Street. And it was great having younger people in working for us. We really enjoyed it.”

Mr. Kelly interjects: “Our customers have always shown us fierce family loyalty. Our first customers from the seventies came back in recently with their great-grandchildren.”

The Dundalk publicans are also well-known for taking on young teenagers and students to work behind the bar.

Mr. Kelly fondly recalls: “We got great satisfaction that a lot of our young staff members went on to be very successful. If a student that was working with us told me they were leaving and were going on to something better I would tell them to absolutely go for it. We’ve had some great staff down through the years.”

Looking forward Sean and Anita extended their best wishes to the new owners of the Anne Street establishment and their loyal staff throughout their pub ownership journey.

Mr. Kelly said: “Things will be carrying on as usual. The same chefs will be here and all of our staff will be here too. We are looking forward to the new owners taking over and extend our best wishes and every success to the Molloy family. We wish them a good health, long lives and success.

“We would also like to thank our loyal staff down through the years. It's been a team effort. It's a family-run establishment. It’s been like a home to us here.”

This interview was carried out at the Jockey's Bar last Friday, July 6 and appeared in the current print edition of The Dundalk Democrat which is in shops now.