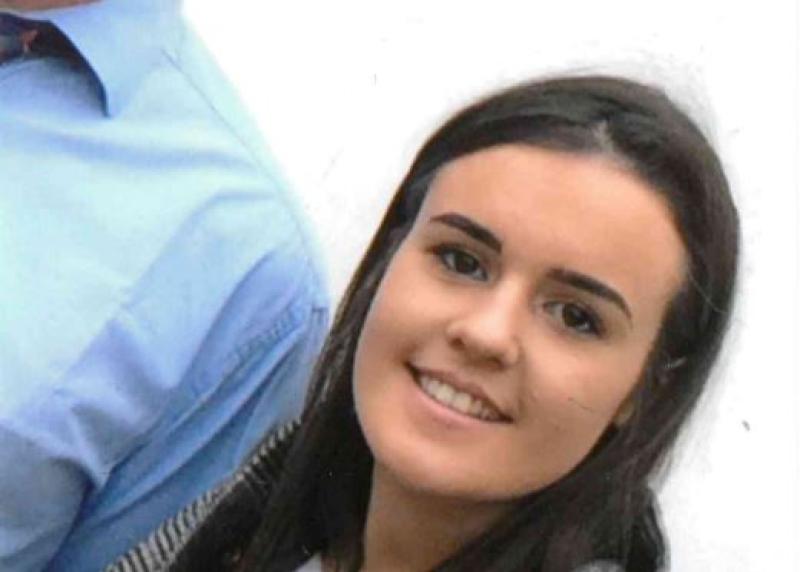 Ava Kelly, Cardistown, Ardee, who was aged just 20, passed away after a short illness in Our Lady of Lourdes Hospital, on May 26, 2019 surrounded by her loving and heart-broken family.

Ava was the second child of Audrey and Niall Kelly, who have an older daughter, Hannah and a younger son, Dan.

She was educated at Tallanstown national school before going to Ardee Community School where she completed her Leaving Cert in 2017.

Ava then went to Drogheda Institute of Further Education to study a Pre-Arts programme with a view to progressing to Maynooth to study teaching.

As with so many young people of her age Ava wasn’t totally decided on her career path, but it was always going to be based around her love of people and to bring joy to others.

She was heavily involved with Glyde Rangers GFC ladies’ team, joining as a child and going on to play with the senior team right up until she was diagnosed with her illness.

Ava won Young Player of the Year in 2016, and was a shining light in the entire social life of the team.

She did a great deal of travelling for her young years, with many trips to Los Angeles, New York, Spain, London, Portugal and the Canaries.

She always showed a passion for travel and exploring new places. Without a doubt, Ava always wanted to travel the world.

Her social life and huge group of friends were central to Ava’s life and she loved nothing more than nights out with her friends.

Ava loved her part-time job at the Riverbank restaurant in Killanny where she worked since 2016. She had built up a huge rapport with her colleagues and the regular customers.

She also loved to help at home on the farm.

After reposing at her residence where thousands of people came to pay their respects, her funeral Mass was beautifully celebrated by Father Paul Montague and Canon Eugene Sweeney in Saint Peter and Paul’s Church, Tallanstown.

Offertory Procession gifts were presented by Ava’s sister, Hannah and brother, Dan. A beautiful poem was read by Julie Anne Kieran, with a reflection by Ava’s uncle Shane. Music was provided by her cousin, Ruth Kelly. Ava was laid to rest in Tallanstown Cemetery.

Niall, Audrey, Hannah and Dan, and the entire Kelly and Duffy families would like to express their sincere thanks to the community who displayed an unbelievable amount of support over the days while Ava’s life was celebrated.

The Month’s Mind will be celebrated on Sunday, July 7 at 11.30am Mass in Tallanstown.